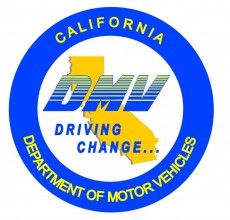 [1]The California Department of Motor Vehicles issued nearly 400,000 driver licenses to unauthorized immigrants from January through June, following the start of a contested new law that green-lighted such action.

The Safe and Responsible Drivers Act was passed by the Legislature and signed by Gov. Jerry Brown[2] in 2013 to allow qualified unauthorized immigrants to drive legally. It went into effect Jan. 2 after a long preparation period.

Supporters say the goal of the law, also known as AB60[3], is to make roads safer by insuring more drivers.

Critics, meanwhile, have said AB60 condones law-breaking. Some have said the licenses could be used to commit fraud and that it could increase security risks.

The nearly 400,000 licenses for applicants who are in the country illegally represent more than half the total number of original licenses issued by the DMV from January through June.

“The latest numbers reflect the continued successful implementation of AB 60,” said DMV Director Jean Shiomoto, in a recent press release. “The DMV was determined to develop a process that would not only meet the stringent requirements of this new law, but also the unique needs of our newly expanded customer base.”

Applicants must prove their identity and California residency, as well as meet all other licensing requirements such as passing the knowledge and behind-the-wheel exams.

The governor’s budget has estimated AB60 will cost $141 million over three years, according to the DMV. The majority of costs cover new agency staff.

The state expects to process as many as 1.4 million applications for the new licenses over the next three years. The state’s Motor Vehicle Account, which receives money from DMV license fees and other charges, will be used to pay for the program, the agency has said.

Wait times ballooned[4] at DMV offices across the state after the program started in January, attributed by the agency to a larger-than-expected surge in applicants.

The average wait time in January for walk-in customers was 90 minutes statewide, according to the DMV. It was down to 60 minutes in February.

Altogether in the first six months of 2015, the DMV issued 759,000 original driver licenses. That includes approximately 397,000 for applicants through the new program, according to DMV figures.

The state says there are more than 25 million current driver licenses issued in California.