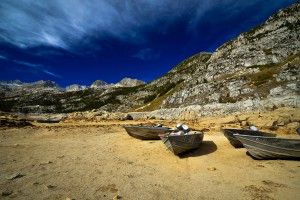 Gov. Jerry Brown suffered another setback in his effort to gain the upper hand over California’s persistent drought. New details on alterations to his massive pumping plan, which would change the way the Delta region distributes the water that flows into it, revealed major changes that have aroused major opposition.

In a harsh editorial, the San Francisco Chronicle underscored[2] that the altered scheme “will cost more, provide less water than originally envisioned (but more than pumped south now), restore less than half of the delta habitat than proposed, take longer to build and, most notably, lack the 50-year guarantee of water deliveries that made the old plan attractive.”

For that, Brown had federal regulators to blame. Environmental agencies objected that his half-century assurance “would lock in water deliveries without regard to shifting environmental conditions,” the Chronicle reported. Since that fact was inherent to any such promise, Brown had to drop it in order to proceed.

The problem has been compounded by a simple dilemma: “nobody can say with certainty how much Delta water is actually being used by Delta farmers,” as the Sacramento Bee observed[3]. “The state allows thousands of water rights holders to divert water directly from rivers and streams, but in most cases has no metering system in place to gauge just how much they take.” What’s more, relying on a meter system could simply produce unclear results, the Bee added, “because of the complexities of the estuary itself: a fragile natural ecosystem that’s been replumbed and reconfigured to deliver water to farms and cities to the south and west.”

The Delta drama played out amid state regulators’ first issuance of a fine for unauthorized water use in a farming district. “The proposed fine, which the district will likely contest in a coming hearing, is the first fine sought by the Board under a new structure in which water rights holders can be penalized for past unauthorized use of water, even if they have stopped diverting since,” Mother Jones noted[4].

Regulators, farmers, and others have clashed over measurements involving other sources of water, too. “California still doesn’t require that water pumped from underground be measured at all, much less factored into an overall assessment of total water resources,” according[5] to a ProPublica reporter writing for the New York Times; “it’s merely an option under a new law signed last September.”

Meanwhile, in Washington, Congressional Republicans have centered around a fresh push to reform the federal rules around how much California’s pumps can flow. The Western Water and American Food Security Act of 2015 boasted the support of House Majority Leader Kevin McCarthy, R-Calif. “We designed the bill to move as much water down south to our farms and to our cities as possible without making any fundamental changes to the environmental law,” said[6] McCarthy.

“A bill by Republican Rep. David Valadao set for consideration Thursday would require that federal regulators maintain certain pumping levels unless the secretary of the Interior Department certifies that level would harm the long-term survival of the Delta smelt and no other alternatives to protect the smelt are available,” the Associated Press reported[7]. “The 170-page bill also sets deadlines for the completion of feasibility studies to build or enlarge five dams in the state and ends efforts to build up salmon populations in the San Joaquin River.”

Observers expected the bill to meet the same fate as two previous attempts by the House GOP to pass federal drought relief for California on terms amenable to state and national Republicans, many of whom view strict environmental regulations as a major source of residents’ water woes. But Valadao, in a news conference covered by AP, said the legislation’s Senate outlook was “still up in the air,” with “some support” fueling hopes of a possible win.