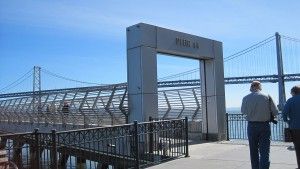 With gripping yet measured words, Jim Steinle — whose daughter was recently slain in San Francisco by an unlawful immigrant released under the city’s rules — urged Congress to quickly pass new reforms.

“While Steinle was careful to acknowledge that the nation’s immigration laws were complicated, he made it clear that his family wants to see legislation ‘to take these undocumented immigrant felons off our streets for good,” Politico reported[2].

“Unfortunately, due to disjointed laws and basic incompetence on many levels, the U.S. has suffered a self-inflicted wound in the murder of our daughter by the hand of a person that should have never been on the streets in this country. We would be proud to see Kate’s name associated with some of this new legislation,” he said.

Steinle wasn’t alone on Capitol Hill. According[3] to the Associated Press, he “testified alongside several other relatives of people allegedly killed by immigrants living in the country illegally.” As their testimony drew swift headlines, members of Congress hastened to show their responsiveness to the brewing controversy. “Lawmakers on both sides of the aisle offered bills to crack down on the hundreds of ‘sanctuary’ communities like San Francisco and Santa Clara County that have openly defied federal immigration enforcement, while officials in those communities vowed more cooperation,” the San Jose Mercury News noted[4].

As Politico observed, although immigration reform has fallen off the agenda in recent years, House Republicans have organized a vote around a bill that would bar key Justice Department grants for so-called sanctuary cities — “tough-on-crime legislation that could still run into resistance for not being sufficiently conservative. And the powerful Senate Judiciary Committee is set to take up the issue after Tuesday’s emotional hearing featuring Steinle[.]”

With Republican poised to scuffle over the strength of new measures, Democrats have also gotten in on the act. “California Sen. Dianne Feinstein and Republican Sen. Chuck Grassley of Iowa, who chaired the committee hearing, have floated bills to force reluctant local ‘sanctuary’ communities to cooperate with federal immigration enforcement,” the Mercury News reported.

As Feinstein’s recent remarks made plain, a special spotlight has been aimed at California’s members of Congress. “It is very clear to me that we have to improve cooperation between local, state and federal law enforcement,” she said in a recent Senate Judiciary Committee hearing, according[5] to MSNBC. “Convicted felons should be removed from the country but not released onto our street.”

But the federal officials did their best at the hearing to defend their actions. “Immigration and Customs Enforcement Director Sarah Saldaña faced at times fierce questioning from senators on the Judiciary Committee,” MSNBC noted, “defending a new program that has gained little traction in the field. Called the Priority Enforcement Program, the initiative asks that jails notify ICE when an undocumented immigrant with a criminal record is about to be released.”

Not every player involved in the debate over illegal immigration shifted toward a more hawkish stance, however. Activists, predictably, urged caution. In a letter to members of Congress obtained by Politico, a coalition of groups including the National Immigration Law Center and United We Dream warned[6] against sweeping changes to the current patchwork regime.

“Good policies are made over time, by examining our shared values and opinions, and by working toward equality and justice for all people. They are not made based on a single, tragic incident or by taking the actions of one individual to justify a policy that criminalizes an entire community,” they wrote.

Some free-market groups issued warnings of their own, discouraging lawmakers from buying in to rhetoric that presents unlawful immigrants as especially prone to break other laws. A new report from the Immigration Policy Center, for instance, which compared crime statistics to rates of unauthorized immigration, drew favorable notice in a Wall Street Journal editorial by Manhattan Institute scholar Jason Riley.

Between 1990 and 2013, Riley noted[7], although the population of illegal immigrants “more than tripled” to over 11 million, “FBI data indicate that the violent crime rate declined 48%,” according to the study — a figure “which included falling rates of aggravated assault, robbery, rape, and murder. Likewise, the property crime rate fell 41%, including declining rates of motor vehicle theft, larceny/robbery, and burglary.”