Carl Cohn, the former Long Beach and San Diego superintendent who is considered one[1] of the wise men of California public education, has a radical idea: Break up the Los Angeles Unified School District. Since he left the State Board of Education earlier this year, Cohn has no longer seemed worried about impolitic remarks. The biggest example is that he’s been telling fellow educators and reformers that it is no longer realistic to think LAUSD can help its students who most need help.

Cohn’s reasoning builds off the premise that the nation’s second-largest school district is so sluggish and unresponsive that it is beyond repair:

LAUSD’s governance structure is fundamentally broken and needs to be replaced by smaller units of school governance that are much more capable of delivering educational change that better serves students and their parents. In addition to being nimble and flexible, smaller school districts are physically closer to the parents they serve, and can initiate change strategies in a much more timely fashion.

Breakup would be good for struggling kids

And he also notes the timing is right because of the new education spending rules kicking in. The rules are billed as shifting resources to the neediest students:

The argument for breakup becomes even stronger today when you consider the important equity promise of Gov. Jerry Brown’s remarkable LCFF/LCAP school funding reform initiative, which places even greater authority at the local level to get things right for kids. When Los Angeles Unified screws up, more than half a million California youngsters are denied a critical opportunity to get a decent education during their one shot at using education to alter their life chances. 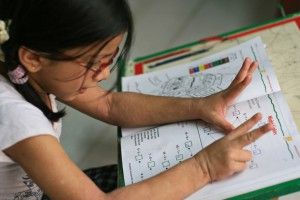 [2]Cohn, who is the director of the Urban Leadership Program at Claremont Graduate University, made those observations in an essay[3] for EdSource. The piece is unsparing:

Last October, you had students at Jefferson High School still walking the halls and in auditoriums without scheduled classes even though school had started back on Aug. 12. Even worse, you had a superintendent giving a deposition in court (Cruz v. California) that he was powerless to get these students scheduled in the right classes, and that he needed assistance from the State of California to get this basic responsibility done. …

The missteps of the district are legion – everything from expensive attorneys arguing for the district that a middle school student was mature enough to consent to have sex with a teacher to the billion-dollar iPad and MiSiS technology debacles and school board elections where records have been broken for adult special-interest-group spending.

Cohn also offers an anecdote that implies the district is not just poorly run but cruel. He wrote that it resisted providing minimum legally mandated help to disabled students even after a federal decree[4]. This “intransigence” speaks to larger problems of lack of accountability and slowness in implementing change, Cohn suggests.

Cohn’s tenure[5] in San Diego was marked by school board battles, and he faced criticism for the district’s perceived hostility to charter schools. But his run in Long Beach was remarkable, as these details from his bio point out:

During his tenure as Superintendent, the LBUSD achieved record attendance, the lowest rate of suspension in a decade, decreases in student failure and dropout rates, and an increase in the number of students taking college preparatory classes. Through exemplifying this commitment to leadership and improved student achievement, he won the McGraw Prize in 2002, and the district won the Broad Prize in 2003.

Having a distinguished educator from next door knock the Los Angeles Unified is unusual and has caused buzz in education circles — not the general media. Still, Cohn’s criticism is so harsh that he may face a counterattack from the CTA and its largest local branch, United Teachers Los Angeles. They branded former state Senate Majority Leader Gloria Romero, D-Los Angeles, as “dangerous” when she began criticizing the union and LAUSD in 2007. When Romero ran for state superintendent of public instruction in 2010, she finished third in the primary after facing a brutal[6] series of CTA-funded attacks.