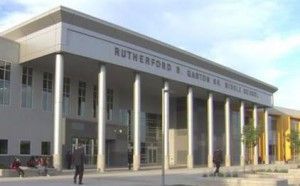 [1]Fresno Unified — California’s fourth-largest[2] school district — is reeling from a state appeals court ruling that imperils the way it’s been doing bidding for school construction projects. At the same, the $37 million deal that led to the court setback is also reportedly being probed by the FBI over allegations of corruption.

The Fresno Bee has key details[3]:

The Fresno Unified School District is asking the California Supreme Court to reverse a recent appellate court opinion criticizing its use of a no-bid contract, saying it could negatively impact hundreds of school districts and contractors across the state.

“The Court of Appeal’s opinion and the issues presented by this petition impact hundreds of school districts and contractors who have participated, either currently or in the past, in hundreds of millions of dollars of lease-leaseback contracts on thousands of projects throughout the state,” the petition says. “The lease-leaseback arrangement between FUSD and Harris was structured exactly the same way as other school districts throughout California have structured their lease-leasebacks for years.”

Leaseback agreements were designed to allow cash-strapped districts to build schools by going outside of the traditional competitive bidding process and handpicking consultants who will front the cost of a project and then be repaid by the district in increments over time.

Contractor Stephen Davis took Fresno Unified to court, alleging that its contract with Harris Construction to build the $37 million Rutherford B. Gaston Middle School was not a true leaseback because the district had the money to pay for the project upfront. Davis also alleges the district broke state conflict-of-interest laws by allowing Harris Construction to provide pre-consulting services for a project it was ultimately awarded.

Meanwhile, per the Bee, a Fresno Unified trustee says federal law enforcement as well as California appellate judges appears to have concerns about the Gaston deal[4].

The FBI is investigating Fresno Unified School District’s use of a lease-leaseback construction agreement, according to school board member Brooke Ashjian.

But there was no mention of an investigation at a news conference held Wednesday evening by Superintendent Michael Hanson to “shed additional light” on the contract in question.

Ashjian said he was interviewed by an FBI agent about the district’s use of a lease-leaseback agreement with Harris Construction to build Rutherford B. Gaston Middle School.

District Attorney Lisa Smittcamp said Thursday that her office’s Public Integrity Unit  is “monitoring the situation” concerning a controversial multimillion-dollar deal the school district made with Harris Construction to build Rutherford B. Gaston Middle School. But, “at the present time, no official investigation is being conducted,” she said.

Superintendent insists district did what was best

Fresno Unified board leaders and district superintendent Michael Hanson insist that they came up with an innovative way to finance a needed project at a time when district budgets were particularly stressed. But as the appellate court ruling on the lease-leaseback deal stated, conflict of interest rules are cut and dried.

A contractor who assisted in drafting the equivalent of a request for bids should not then be a bidder, according to the interpretation of state laws that has been the norm in California for decades and was affirmed in an expansive 2001 brief[6] from the state Attorney General’s Office.

Harris Construction is considered politically influential in Fresno County circles. Letters to the editors and social media have accused the construction firm and school district of having a you-scratch-my-back-I’ll-scratch-yours relationship.

But Fresno Trustee Ashjian won’t disclose what was the focus of the FBI’s interviews, and Superintendent Hanson’s supporters depict corruption talk as being a political hit instead of a genuine scandal.

The FBI doesn’t appear to see need for a sense of urgency in resolving many investigations of financial corruption in California. Bob Filner was reportedly a target of investigation by the FBI the entire time he was San Diego mayor before being forced out in August 2013 after eight months on the job due to a lurid sex-abuse scandal. The allegations focus on claims Filner made demands of developers before approving their projects, such as giving $100,000 to a cause favored by the mayor. The scuttlebutt in San Diego is that federal charges seem likely — but not anytime soon.

Fresno’s school leaders may already be in a similar limbo.