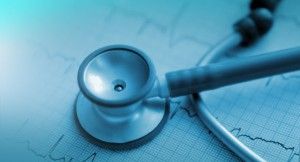 [1]Although California officials insisted that expanding Medi-Cal coverage has been an economic boon, critics and Sacramento Republicans warned that the program’s staggering growth has created a costly, nettlesome problem for a state already strapped with challenges.

The Golden State has seen more than triple the expected enrollment under the Obamacare-authorized expansion of Medicaid, a surge of over 2 million. “Beyond that,” the Associated Press reported[2], “a record number of people who already qualified for the low-income health program signed up, pushing overall enrollment in the state’s Medicaid program known as Medi-Cal past 12 million to roughly 1 in 3 Californians.”

While legislators have crunched the numbers, regulators have labored to understand just how poorly the new health care regime matches up with the demand it has created. In an effort to control costs, California “has relied heavily on managed care insurance companies,” the San Francisco Chronicle noted[4] in a report on the state’s struggles to come with Medi-Cal demand. Under the current approach, California “pays insurers a fixed amount per patient and expects the companies to provide access to doctors and comprehensive care, rather than paying for each medical visit or procedure under a fee-for-service model.”

Trouble has arisen around what happens next. Last month’s state audit of the managed care system revealed that many of those enrolled in an insurance plan effectively can’t get to a doctor. “The California audit found the state didn’t verify that insurers’ directories of doctors were accurate, or that the plans had enough doctors to meet patients’ medical needs,” the Chronicle confirmed. “And thousands of phone calls to an ombudsman’s office — created to investigate complaints — went unanswered every month.”

The challenges have teed up a classic political confrontation in Sacramento, with Republicans wary of directing more tax revenue toward the health care industry in the hopes of incentivizing better coverage and treatment. Gov. Jerry Brown, however, “wants lawmakers to expand the so-called managed care organization tax currently levied on health plans that accept Medi-Cal patients and include most plans regulated by the Department of Managed Health Care,” according[5] to AP. “Doing so, the administration says, would allow California to meet new federal requirements for a broad-based tax and draw matching funds.”

A bill aiming to fulfill Brown’s wishes emerged amid a special legislative session called to confront what analysts say is the $2 billion-plus price tag attached to the Medi-Cal crisis. Democrats have set out to raise a minimum of $1.3 billion for the “doctors, dentists and hospitals that treat Medi-Cal patients, as well as to replace more than $1 billion that will be lost from a health plan tax that no longer complies with federal rules,” as AP reported.

The Medi-Cal expansion hasn’t put a financial strain on everyone involved on the regulatory side. “Sacramento’s health-care law business is booming as the Affordable Care Act continues to transform the landscape for providers and insurers,” the Sacramento Business Journal noted[6]. “Health reform — and Medicaid expansion in the states that decided to do it — are big business for lawyers. For one thing, the industry is complicated. For another, it’s constantly changing.”

Ian Mickle, a corporate securities lawyer financing hundreds of millions in industry transactions fueled by the expansion, told the Business Journal that a more centralized market controlled by fewer players offered the chance of a windfall. “There’s a lot of consolidation going on and that means a lot of opportunity for growth and economies of scale if you have the infrastructure to do it,” he said.