Fed up with private drones interfering with firefighting, a state senator has announced another bill to keep unmanned aerial vehicles away from hot spots. 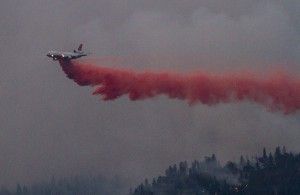 Earlier this month, aerial fire crews responding to a blaze that swept across Interstate 15 north of San Bernardino had to pull back[2] after five drones were spotted above the fire.

It was the fourth time in a month that a drone had disrupted wildfire response in the region, according to a spokesperson for the U.S. Forest Service. Gaines introduced SB167 earlier this summer to increases fines and introduces the possibility of jail time for drone use that interferes with firefighting efforts. Assemblyman Mike Gatto, D-Glendale, co-authored both bills.

“Private drones don’t belong around these emergencies. That is the first message I want to get out,” Gaines said in a news release. “But if one gets damaged or destroyed because it’s in the way then that can’t lead to financial penalty for the people trying to save lives and property. It’s unfortunate, but that’s all it is. People can replace drones, but we can’t replace a life. When our rescuers are risking their own lives to protect us, I want them thinking about safety, not liability.” 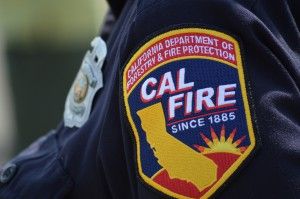 [3]Gaines also said it’s his hope that the advent of effective “jamming” technology could keep drones away from emergency response areas and flight paths.

He went on to say that “public education efforts could ensure that the safest, least-damaging methods for avoiding or disabling unauthorized drones will be the primary methods used in these crises.”

In a phone interview on Friday, Gaines said its his understanding that the federal government is working on a technology that would jam a certain frequency used by private drones.

Some government agencies are already using drones, or have plans to do so[4], to monitor areas including wildfires.