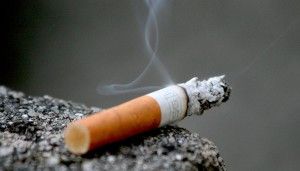 [1]Is a tax on cigarettes a revenue raiser or a “sin tax” — used to discourage individuals from using products considered harmful? The effort to raise taxes on cigarettes – there is a measure in the Legislature as well a ballot initiative moving through the process — often directs new revenues toward specific purposes. Yet, the increased taxes often lower the use of a product, thus reducing the revenue for organizations and agencies.

Last week, the Los Angeles Times reported[2] that the First 5 committee, which received funding from a previous cigarette tax increase, was concerned that fewer smokers would mean less revenue. The First 5 group, which focuses on improving early years of children’s lives, is attempting to rally the Legislature to add revenue from any new cigarette tax to include First 5 in those groups that receive new revenue.

But the cycle will certainly continue for First 5 and any agency that receives cigarette money. A tax increase will likely once again reduce the number of smokers and cigarette purchases and at some point reduce the revenue agencies expect to receive.

The cigarette tax revenue for First 5 has dropped about 17 percent, to $460 million, over a five-year span.

According to the article, First 5 is looking at an alternative for additional revenue by examining the promotion of a marijuana initiative and the tax revenue such an action would bring in to help fund their organization.

Others groups undoubtedly will also have their eyes on marijuana tax money despite the recent report from Lt. Gov. Gavin Newsom’s committee studying marijuana legalization that declared tax revenue should be low priority in considering legalizing marijuana.