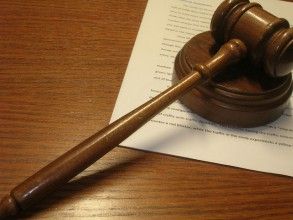 [1]In another potent setback for California’s right-to-die advocates, a judge threw out a lawsuit brought by three residents trying to compel the courts to scrap the state’s ban on assisted suicide.

“San Diego Superior Court Judge Gregory Pollack said his court is not unsympathetic to their plight but lawmakers — not a judge — would need to change the law barring such prescriptions,” according[2] to the Associated Press. “Pollack said in his written ruling that the current law that makes it a felony to assist a suicide in any way is constitutional and so he does not have the power to suspend its enforcement.”

The plaintiffs in the case, expected to appeal, became the latest terminally ill patients to rise to prominence as Californians grapple with the propriety of induced death. “Christy O’Donnell, 47, a cancer patient and the lead plaintiff in the case, had sought to obtain the legal right to end her life because, in part, many common painkillers, including morphine, have not worked for her,” the International Business Times reported[3]. “Another plaintiff, Elizabeth Wallner, 51, was afflicted with Stage IV colon cancer that has metastasized and reached her liver and her lungs.” Pollack insisted “new law” must be made “by the Legislature or by a ballot measure.”

Wallner, for her part, conveyed her steady determination to keep the case going. “This is certainly frustrating, but it’s a temporary setback,” she said[4], according to KQED. “I am optimistic that we’ll prevail in the end. It’s too big of an issue to leave uncovered.”

The frustration of Pollack, O’Donnell and sympathetic activists has been fueled by a successful effort to sink a bill in Sacramento that would have wiped out the state’s ban through the legislative process. As the AP reported[5], earlier this month, Senate Bill 128 — modeled after neighboring Oregon’s law — cleared the state Senate but ran aground in the Assembly Health Committee, “a panel that includes multiple Democratic lawmakers from heavily Catholic districts in the Los Angeles area, where the archdiocese actively opposed the legislation.”

Los Angeles Archbishop José Gomez targeted fellow Latino Catholics Jimmy Gomez, D-Los Angeles, Roger Hernandez, D-West Covina, and Freddie Rodriguez, D-Chino, urging in a strongly worded letter that SB128 be rejected. After the assemblymen turned against the bill, cosponsors Sens. Lois Wolk, D-Davis, and Bill Monning, D-Monterey, had to pull it — leaving observers to wonder whether it might be introduced in altered form at a later date.

The ordeal counted as something of a win for Gov. Jerry Brown, who had not indicated whether he would sign a right-to-die bill, and likely wished to avoid the divisive controversy either way.

For activists nationwide, what had seemed like a possible tipping point in California has led to disappointments around the country. “Some advocates say they thought the nationally publicized case of Brittany Maynard, the 29-year-old California woman with brain cancer who moved to Oregon to legally end her life last fall, might usher in a wave of state laws allowing doctors to prescribe life-ending medications,” the New York Times noted, “but that hasn’t happened.”

Critics of legalizing the practice have viewed the shift from a legislative to a judicial strategy as evidence that the push for change has almost run its course. “Tim Rosales, a spokesman for California Coalition Against Assisted Suicide, said the lawsuits show right-to-die advocates are getting desperate after the setbacks,” according to the Times.

Nevertheless, the issue showed little sign of fading completely into the political background. Montana, New Mexico, Oregon, Vermont and Washington have all passed laws permitting assisted suicide, and 70 percent of Californians voiced[6] their approval for a similar approach in a poll conducted at the beginning of the year.