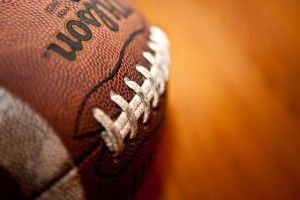 Although the race to land an NFL deal in Los Angeles have long been anyone’s game, some clarity on the potential outcome began to emerge this summer.

The competition originally pitted three teams against one another: the St. Louis Rams, the Oakland Raiders and the San Diego Chargers. With the Rams and Raiders both former L.A. teams, it seemed implausible that both might return, but league officials had signaled interest in at least two new arrivals. So when the Chargers and Raiders announced plans for a joint stadium development to rival Rams owner Stan Kroenke’s, all bets were suddenly off.

Now, however, a consensus has begun to emerge among insiders. “The likelihood of the NFL approving the Chargers and Raiders moving to Carson has increased,” the Orange County Register reported[2], “because of the rapidly dwindling chances of San Diego and Oakland to keep the teams, say league executives, sports consultants and the man whose job it is to sell the league on the relocation.”

At a key meeting next month, Raiders/Chargers pointman Carmen Policy — once an executive for the San Francisco 49ers and Cleveland Browns — will make the case to the league’s owners and executives. Policy told the Register “he sees a growing momentum within NFL ownership to give the Chargers and Raiders the green light to apply for relocation for the 2016 season as early as September or October. Policy said the league ‘without question’ will approve the moves to Carson, perhaps before the end of the 2015 regular season.”

The move represented a nightmare for the city of San Diego, which has put off Charger requests for a new stadium for roughly fifteen years. The Chargers did not pull the trigger on their plans for an L.A. stadium in the city of Carson until Kroekne announced his intention to build a stadium — presumably for the Rams — in Inglewood. Only at the last minute, “San Diego responded with a concept for a 65,000-seat facility that would be built next to the current Qualcomm Stadium,” as La Jolla Patch noted[3].

San Diego has scrambled to keep the Chargers — rushing along the would-be stadium’s environmental impact report, and mobilizing the support of Assembly Speaker Toni Atkins, D-San Diego. “We want the Chargers to stay in San Diego if the right agreement can be reached,” she said, according to Patch. “As I have said before, if an agreement is reached, I am committed to making sure San Diego can benefit from state legislation that is consistent with what other cities have received for their sports facilities.”

Neither the Chargers nor the Raiders expect their respective cities to come through in the clutch with deals they’re willing and able to take; the Rams, meanwhile, have shown every indication of wanting to split St. Louis.

As a result, the NFL itself has had to hustle. Whichever teams wind up in Los Angeles in 2016, they’ll all need to play somewhere. None of the current stadium plans would finish construction by then. In order to avoid being caught up short, the league has sought out “temporary venues for the 2016 season for one or two teams relocating to the Los Angeles area,” the Register reported[4]. “USC officials have already said they want to host an NFL team at the Coliseum in 2016. The university’s lease, however, allows only one NFL team to play at the stadium.”

Even securing two temporary venues, however, would simply put off the real problem. “Three teams either want or need Los Angeles but there is only room for one stadium and two teams,” as the Los Angeles Daily News put it. Navigating the situation to a safe landing presents a unique challenge, as simple math suggests one team might be left out in the cold.”

Summing it all up, one league official told the Daily News the harsh truth: “It could get messy.”