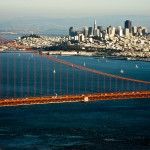 The cost of housing in San Francisco and Silicon Valley has been a national news story[1] throughout 2015. On Wednesday, for example, USA Today reported [2]that teachers could no longer afford to live in San Francisco.

This has prompted hand-wringing from San Franciscans who worry that their city is well on its way to being a global symbol of income inequality. With the average home selling for more than $950,000 and average monthly apartment rent hitting $3,458[3] this year, with further increases expected in coming months, this fear seems well-founded.

Yet a proposed new fee on residential development that appears likely to be adopted would push housing costs even higher. This account [4]is from the San Francisco Business Times:

The city hopes to quiet one roaring gripe in San Francisco: Cranes are in the air and housing is pouring into neighborhoods, so why haven’t public transit improvements kept up?

Well, those complaints may never dissipate. But the first citywide transit fee on market-rate residential development was introduced as legislation Tuesday to help the San Francisco Municipal Transportation Agency pay for $1.2 billion worth of upgrades over the next three decades. …

“When I tell people that commercial development is required to pay transit impact development fees but residential doesn’t pay a dime, their jaws typically drop,” Supervisor Scott Wiener, who sponsored the bill, told the Business Times. “It’s been a gaping hole.” …

Private, nonprofit universities that build new facilities will also have to pay fees for the first time, but other nonprofits would be exempt.

The fee has been endorsed by San Francisco Planning Director John Rahaim. In a June interview, he said that improving public transit was his second most important priority — trailing only affordable housing, which he said “keeps him up at night.”

This isn’t just hollow rhetoric. San Francisco has added more than 6,100 housing units since 2012, and Rahaim has emerged as a key supporter of some big, bold projects — especially the construction of 12,000 homes at the abandoned naval base Hunters Point Shipyard and at adjacent Candlestick Point.

Rahaim has downplayed the effect of the new fees on further residential construction. They would add nearly $8,000 in cost to a 1,000 square-foot apartment.

But as the state Legislative Analyst’s Office pointed out in a March report[5], “California’s High Housing Costs: Causes and Consequences,” developers see government fees as a huge impediment to pursuing projects — especially along the coast:

So San Francisco’s leaders — and voters — have difficult choices and limited options. The case for improving mass transportation is plain. According to Inrix, a transportation data and analysis company based in Washington state, San Francisco/San Jose were among the five worst metro areas in 2014 when it comes to time wasted because of traffic delays. Swapping stories about traffic nightmares — and anticipating new ones[6] — is a San Francisco tradition.

But if mass transportation improvements add to housing costs and create disincentives to adding new housing stock, that makes it more likely that there will be still more sharp increases in rent and the cost of homes, which are already sky-high. That will mean more stories about Northern Californians with middle-class jobs being unable to live[7] in one of America’s iconic cities.