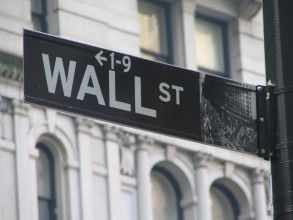 [1]Millions of Americans — mostly but not entirely on the political left — remain furious that Wall Street giants were protected by the political class from catastrophe during the Great Recession even though their dangerous credit and lending practices were key factors in the economic downturn.

In June, in a move that rated only a brief in the local newspaper, one California county found a way to express this frustration:

At the urging of Supervisor Ryan Coonerty, the Santa Cruz County Board of Supervisors voted Tuesday not to invest for five years with the five banks that recently agreed to plead guilty to felony charges.

The Department of Justice announced in May that four major banks — Citigroup, JP Morgan Chase, Barclays and the Royal Bank of Scotland — have agreed to plead guilty to felony charges of conspiring to manipulate the price of U.S. dollars and euros exchanged in the foreign currency exchange spot market. In addition, a fifth bank, UBS, has agreed to plead guilty to manipulating the London Interbank Offered Rate and other bench mark interest rates.

While the action of Santa Cruz County alone may not have a major impact on Wall Street, Coonerty will be contacting other local jurisdictions across the country to urge them to consider taking similar action in order to send a message to Wall Street.

That’s the entire item [2]in the Santa Cruz Sentinel. Scroll down; it isn’t the lead item in that day’s news briefs. 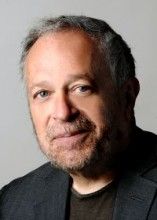 A strong case can be made that employers shouldn’t pay attention to criminal convictions of real people who need a fresh start, especially a job.

But giant banks that have committed felonies are something different. Why shouldn’t depositors and investors consider their past convictions?

Which brings us to Santa Cruz County.

The county’s board of supervisors just voted not to do business for five years with any of the five banks felons.

The county won’t use the banks’ investment services or buy their commercial paper, and will pull its money out of the banks to the extent it can.

“We have a sacred obligation to protect the public’s tax dollars and these banks can’t be trusted. Santa Cruz County should not be involved with those who rigged the world’s biggest financial markets,” says[5] supervisor Ryan Coonerty.

The banks will hardly notice. Santa Cruz County’s portfolio is valued at about $650 million.

But what if every county, city, and state in America followed Santa Cruz County’s example, and held the big banks accountable for their felonies?

What if all of us taxpayers said, in effect, we’re not going to hire these convicted felons to handle our public finances? We don’t trust them.

That would hit these banks directly. They’d lose our business. Which might even cause them to clean up their acts.

Coonerty hopes that other government bodies follow suit. The reprinting of Reich’s commentary on some prominent [6]left-wing sites [7]gives him  hope. He’s also now getting more favorable coverage [8]of his plan from his hometown paper.

Whether or not it becomes a national cause, in California, it could possibly become a ballot initiative to help get out the liberal vote in the 2016 election. As this Southern California Public Radio story [9]notes, ballot measures on “hot-button” issues are just another tool in the voter-turnout playbook in the Golden State for liberals and conservatives alike.