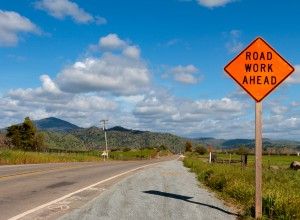 [1]Drivers are likely scratching their heads over conflicting approaches to transportation goals in the state and cities. A coalition of business and labor organizations supported a plan to raise funds for road repair to the tune of $6 billion a year to be shared by the state and local governments. At the same time in Los Angeles, Mobility Plan 2035 is moving forward, designed to replace roads with bike lanes and bus-only lanes to encourage people to drive less.

The puzzle — how to get more money from drivers when you want them out of their cars?

The problem of raising money from diminishing use of a product is becoming endemic in California. Previously, I’ve written that agencies that rely on tobacco tax revenue are scrambling for more money as tobacco use drops off. In the same vein, water agencies are watching their budgets shrink as consumers use less water in response to the drought.

With better mileage per gallon of gasoline for newer cars and the introduction of electric vehicles, gas tax revenue has been reduced.

The conundrum continues if seeking gas and diesel tax increases and maybe even a mileage charge on vehicles goes forward at the same time city and state planners concoct strategies to keep vehicles parked in the garage.

The L.A. proposal is designed to get drivers out of their cars — but opponents of the plan say it will do nothing more than lead to congestion and frustrated drivers. As someone who has seen a nearby street lose a lane to bicycle traffic, I can attest to that concern.

Senate Bill 375, the Sustainable Communities and Climate Protection Act of 2008, is designed to reduce greenhouse gases by encouraging developers to build housing close to public transportation.

Advocates might argue both approaches are needed — more revenue to build and fix roads, fewer cars on the roads to reduce wear and tear on the asphalt.

But duel efforts to raise taxes and limit driving could make for disgruntled drivers and angry voters.