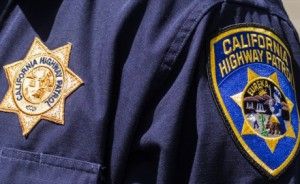 [1]The alleged involvement of three California Highway Patrol officers in a Turlock murder [2]is only the latest [3]scandal for an agency that has been faced a variety of embarrassments [4]for decades. A former CHP whistleblower — Austin, Texas, Police Chief Art Acevedo[5] — blames the pattern on a good-old-boy culture of tolerating internal misconduct until it reaches extremes that can no longer be tolerated or kept hidden from outside view.

The present CHP commissioner is Joseph A. Farrow, who has been with the CHP since 1979 and was appointed by Gov. Arnold Schwarzenegger in 2008 to succeed his boss, Mike Brown, after a series of scandals. In 2007, then-Assemblywoman Bonnie Garcia, R-Cathedral City, accused Brown of tolerating a sordid atmosphere at CHP’s Inland division, including looking the other way when a senior CHP leader seduced a subordinate whose husband was deployed overseas. Garcia said Brown acted to oust two CHP leaders in her district for their gross unprofessionalism only after he was told that she and then-state Sen. Gloria Romero, D-Los Angeles, were going to Schwarzenegger to complain.

Whom did Brown appoint to shape up the troubled Inland division? Tim Clark, a CHP senior officer who had already been implicated in a scandal [6]of his own related to close ties between senior CHP officials and vendors. This is from a Sacramento Bee story in December 2006:

All told, the state spent nearly $50 million on the new equipment, effectively excluding competition from other brands. As a result, California’s sky and highways today are branded: Eurocopters monitor its cities and landmarks from above, while BMW motorcycles patrol below.

As the CHP assembled those fleets, its bosses accepted hospitality from the companies, including visits to the companies’ European headquarters, dinner at an upscale Sacramento restaurant and a party at the home of a company lobbyist that featured a flyover by a CHP helicopter, the investigation found.

Commissioner Dwight “Spike” Helmick, the CHP’s top boss at the time, even got a jacket from BMW the same month the department awarded a contract to a BMW dealership.

Helmick, who was CHP commissioner from 1995 to 2004, is central to the criticism of the CHP over its internal culture. He and his proteges were the key figures in the biggest CHP scandal of this century. The Bee broke the story in 2004. Here’s the AP summary[7]:

SACRAMENTO – Fifty-five of the 65 high-ranking officers who retired from the California Highway Patrol since 2000 filed workers’ compensation claims within two years, entitling them to lucrative disability settlements and medical pensions with tax-free income.

The practice is so widespread among the roughly 150 CHP chiefs and captains that rank-and-file officers have dubbed it “chief’s disease,” boosting costs in a department that pays the highest rate in state government for injuries and medical pensions.

The payments are in addition to routine pension benefits that let CHP officers retire at age 50 with up to 90 percent of their pay.

Nearly 70 percent of CHP officers retire on disability, and the department pays among the highest percentage of workplace injury claims, The Sacramento Bee found. The combination cost taxpayers $75 million two years ago.

“It turns out we need to be policing the police,” said state Sen. Jackie Speier, D-Daly City, chairwoman of the Select Committee on Government Oversight.

CHP Commissioner D.O. Helmick, who is being nudged into retirement next week by Gov. Arnold Schwarzenegger, has asked the Public Employees’ Retirement System to determine if he, too, should be granted a disability pension because of injuries from vehicle accidents in the 1970s and 1980s, said spokesman Tom Marshall.

CHP officials ‘unable or unwilling’ to cooperate in 2007 probe

Acevedo, the well-regarded[8] Austin police chief since 2007, won a $995,000 judgment from the CHP and the state after establishing that he had been subject to egregious retaliation by top CHP officials for objecting to the pension spiking. The California State Personnel Board concluded that he had made a persuasive case of mass perjury among top CHP officials.

But a criminal investigation by Sacramento County District Attorney Jan Scully was stymied. In 2007, her office said top CHP officials were “unable or unwilling” to testify about details related to the mass pension spiking.

I interviewed Acevedo on a number of occasions. He said Helmick and his predecessor, Maurice Hannigan, encouraged a macho, secretive culture in which leaders and rank-and-file officers alike believed it was OK to look the other way when wrongdoing occurred.

Hannigan was notorious for punishing [9]CHP officers who arrested or cited his daughters for driving offenses, including suspicion of DUI.