A series of clashes marked the two special legislative sessions tacked on this summer to address some of California’s more stubborn challenges. 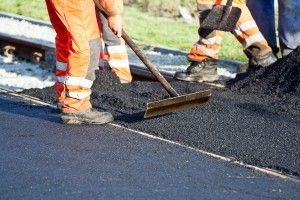 [1]Adding to the controversy of potential tax increases designed to fund infrastructure and health care entitlements, some lawmakers seized the opportunity to reintroduce pet projects, at least one of which lacks much prospect of getting past Gov. Jerry Brown.

“Lawmakers, he said, should bring him new plans for financing public health care and road repairs, problems that have festered for years,” as the Los Angeles Times observed[2]. “But he could get much more than he bargained for as lawmakers from both parties seize an opportunity to push a raft of tangential and even unrelated measures. Some would not provide a single dollar toward the governor’s objectives of filling potholes and boosting money for health care programs.”

Brown had hoped to finish off the legislative season in about four weeks’ time. But in addition to the specter of old, reintroduced bills, he has struggled with Republican opposition to the core of his plans. Having lost their supermajorities, Democrats must borrow strength from Republicans; hikes in taxes and fees require a vote from two thirds of the legislature — Assembly and state Senate alike.

Democrats have lined up behind new infrastructure spending, drawn from higher gas taxes and automotive fees, and new Medi-Cal spending, fueled by costlier tobacco taxes and health insurance. But Republicans, at least some of whom must throw their weight behind the schemes, have balked. Senate Minority Leader Bob Huff complained that Democrats just negotiated a budget that left those items by the wayside.

“They’re coming back and saying, we spent that money, $10 billion unanticipated revenue, and here, Republicans — we need your votes now to tax more,“ Huff said, according to Capital Public Radio. “And they knew we wouldn’t want to do that.”

Assembly Minority Leader Kristin Olsen, CPR added, warned that Republicans already identified some $6 billion in existing funds for infrastructure, and threw cold water on the prospect that Sacramento would agree on a Medi-Cal package this year.

On the other hand, at least some Republicans “have indicated they’re open to hiking the gas tax for the first time in more than 20 years — but only if the money is restricted to transportation improvements,” the San Jose Mercury News indicated[3]. And Huff claimed, Republicans weren’t “willing to talk about that until we nail down the transportation funds that are currently being done,” according[4] to the Sacramento Bee.

While Brown faced the test of imposing tax increases without voter approval, Republicans confronted a more intense variety of the same problem with their constituents. Hoover Institution fellow Bill Whalen, a former aide to Gov. Pete Wilson, told the Mercury News that “Republicans who fear the end of their careers will need talking points that clearly articulate why the tax benefits their districts. Voting for taxes isn’t exactly a ticket to longevity in these districts. They have a lot at stake.”

Adding to the tension, a barrage of largely unwanted legislation has been reintroduced, threatening to stymie Brown’s sessions and objectives even more than negotiations likely will. Among the second-chance bills, the Times reported, “backers reintroduced a stalled proposal to let doctors help terminally ill patients end their own lives by prescribing lethal doses of drugs. Other lawmakers are trying to raise the smoking age from 18 to 21 and rein in the use of electronic cigarettes,” while still others want more mass transit, a bridge-specific lane opening, and a ban on research-driven fetal tissue sales.

Brown has already proven unable to help himself from criticizing some of the moves. Through spokeswoman Deborah Hoffman, Brown admonished the Legislature’s right-to-die advocates, insisting “the session is not the appropriate venue to consider the issue. A better approach would be to reconsider previous legislation next year that is now stalled,” Hoffman said, according[5] to the Associated Press.