Sunday’s New York Times/ProPublica blockbuster report [1]about AT&T providing U.S. national security agencies with access to hundreds of billions of emails and other Internet communications is a nightmare for the Dallas-based multinational firm, which is sure to face new obstacles to its hopes to expand[2] operations in Europe. But the scoop also has California’s tech giants nervous for at least three reasons.

The first is because it will remind the public that Silicon Valley-based Apple, Google and Yahoo all have [3]histories [4]with U.S. spies that many find unnerving — even if they weren’t eagerly cooperating, as AT&T reportedly did. The second is because the AT&T leak illustrates yet again that the U.S. government isn’t good at keeping secrets — meaning past examples of corporate cooperation with mass invasions of privacy could come to light in the future.

But the third reason may be the most consequential: the potential fallout this could have for Silicon Valley’s designs on the constantly growing China market. Vinod Aggarwal, a UC Berkeley business and political science professor [5]and the director of the Berkeley Asia Pacific Economic Cooperation Study Center, warns that revelations about ties between tech firms and U.S. spies could easily be used as a reason to keep U.S. products out of any foreign market — China in particular:

The fallout from the NSA scandal is already starting to crimp U.S. corporate expansion plans in Europe. Analysts had expected AT&T to acquire Vodafone Group, whose cellphone operations cover many EU states. Accusations that AT&T gives the NSA data on customers’ telephone calls is raising red flags[6] in those European countries, like Germany, where privacy is taken seriously. Regulators and legislators are already making noises about this deal. If AT&T does go ahead – and even if it prevails and acquires Vodafone — there will be strings attached and much more oversight from European government agencies. Potential regulatory risk has suddenly soared for AT&T.

For many foreign companies and governments, there is a certain justice in AT&T paying a price for its links to the U.S. government. After all, it was Huawei’s apparent links to the Chinese military that so enraged one U.S. congressional committee[7] that they recommended that no U.S. public agency or firm should buy Huawei’s telecoms equipment. That effectively shut Huawei out of the U.S. market.

That’s from an essay [8]that Aggarwal co-authored in the Harvard Business Review in late 2013 after the first mass wave of leaks by former NSA contractor Edward Snowden, which included inflammatory revelations about AT&T that hinted at the company’s vast cooperation with the NSA that was reported this week.

Apple’s biggest market may be imperiled 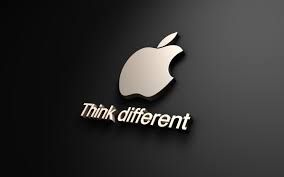 This hostility toward Huawei could easily be invoked by Beijing to hamper Apple at any time. Given that the Cupertino-based company sees China as absolutely crucial to its future, it may consider taking Aggarwal’s advice that tech companies need to sell themselves as international brands, not American ones, so they’re not seen as “as an extension of a troubled hegemon.”

In April, Apple confirmed that China had passed [9]the U.S. in iPhone sales. As Quartz magazine reported [10]in June, Apple has deliberately cultivated the Chinese market.

When Apple first made the iPhone available in gold color — with the 5S in 2013 — smart observers identified it as a play for the Chinese consumer.[11] And, Tim Cook says, the glitter has proved golden in the world’s largest smart-phone market.

In an interview with the the Hong Kong edition of Bloomberg Businessweek (available only in print), the Apple CEO points to the gold iPhone — subsequent generations of the phone and the iPad are available in that color — as but one example of how the company localized for the Chinese market.

“A big reason for why we released the gold iPhone as because many Chinese consumers like the color gold,” Cook told the publication. “To be clear, sales for the gold iPhones in China have far, far exceeded other markets.”

Cook also noted how the introduction of third-party keyboards in iOS 8 was partially inspired by requests from China’s iPhone owners. Typing in Chinese can be very tedious, and many of China’s most popular third-party keyboards had moved from PC to Android seamlessly but weren’t available on Apple phones[12].

China’s economy [13]and stock market have had a rough few weeks. The Beijing regime is already accused of trying to distract the public from its economic headaches with saber-rattling[14] in the South China Sea, building a military airstrip on a disputed island over the strong objections of the U.S. and Japan. Adopting policies that invoke economic nationalism to keep out or limit Silicon Valley firms in the world’s most populous nation would be an even bigger distraction.