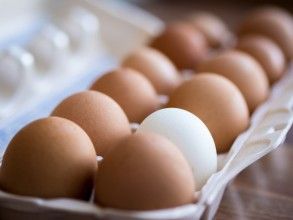 [1]For partly predictable reasons, egg prices in California have skyrocketed.

An unexpected wave of disease has exacerbated increases brought on by Golden State policymakers. “While the avian flu outbreak this spring that resulted in the killing of 48 million domestic chickens and turkeys, mostly in the Midwest, continues to have a ripple effect across the country, a perfect storm of additional factors in California, namely the rollout of Proposition 2 and higher chicken feed prices, are wreaking havoc on Bay Area supermarket egg prices and limiting the supply of eggs to local restaurants, ice cream shops and bakeries,” the San Francisco Chronicle reported[2].

Citing data from the Department of Agriculture, KGO San Francisco noted[3] that prices for a carton of large eggs jumped from $1.45 last August to $3.61 this month. Meanwhile, since last May, California has produced nearly 20 percent fewer eggs, according to USDA figures.

According to the egg industry, that dip in production numbers should be attributed primarily to the passage of Prop. 2. Passed into law by voters as the Prevention of Farm Animal Cruelty Act, the Chronicle recalled, Prop. 2 “requires that all eggs sold in California come from farms that allow chickens to move around freely. Because each egg-laying hen must have 116 square inches of space, rather than the standard 67 inches of space in battery cages, there are fewer hens overall, and farms had to be upgraded.”

Those upgrades imposed costs passed along to consumers, industry advocates observed. “The costs of having to build new structures and new facilities were incurred by the egg farmers, and those costs have to get passed along,” said[4] John Segale, spokesman for the Association of California Egg Farmers, in comments to the Associated Press. What’s more, the limitations imposed by Prop. 2 worsened the impact of the avian flu outbreak. Ken Klippen, president of the National Association of Egg Farmers, told AP that some of the big Iowa farms that meet Prop. 2 requirements have been knocked out completely by the disease.

As is often the case, the changing market has disproportionately affected small businesses; bakery owner Terri Littleton told[6] Fox Sacramento she “survived the initial jump in prices when California’s law giving more cage space to egg laying chickens went into effect. But the avian flu epidemic and higher feed prices in drought-ridden California have made eggs even more expensive.”

Proprietors have been forced to make unattractive choices about how to compensate for the changes. Littleton stressed that “raising prices is a tough proposition for businesses that work on a small budget, and changing recipes might even be more harmful.” The experience of some larger chains appeared to underscore that point. One CNN report revealed[7] that consumers have lashed out at Panda Express restaurants for pulling eggs from their fried rice and hot and sour soup recipes.”

In an ironic twist, not all egg merchants have found themselves in a painful bind. Anecdotal evidence suggested that specialty sellers could benefit from relatively more expensive egg prices. “We have seen people that we have not seen before at the farmers’ market, and they are saying if we’re going to pay that amount at the grocery store, we’d rather buy a fresher egg and a higher-quality egg,” one pasture-raised chicken rancher told the Chronicle. Eggs produced by so-called free range chickens now typically retail for  about $9 a dozen.