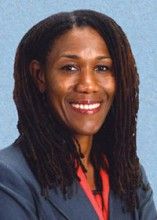 For the second time in recent months, San Diego Unified School Board President Marne Foster is facing official scrutiny over her conduct.

The California Attorney General’s Office has questioned the legality of a raffle held at an unusual July 25 fundraiser in which Foster sold tickets to pay for college debt and expenses of two of her sons. This account[2] is from the Union-Tribune:

Organizers of a fundraiser held last month to help pay off debt and college costs for the sons of San Diego school board President Marne Foster have been given until Sept. 9 to show that a raffle-like drawing held at the event was conducted legally.

The state Attorney General’s office sent a letter to C. Anthony Cole Repertory Dance Theatre on Aug. 10 to inquire about the drawing that generated money at the Brothers 2 College benefit held on July 25 at the Neighborhood House Association headquarters.

The letter includes a summary of state legal requirements for holding raffles, including the code provision that authorizes eligible organizations to conduct raffles provided they are registered with the California Attorney General Registry of Trusts.

The fundraiser was already in the news because of conflict of interest questions. A flier for the event featured San Diego Unified’s logo; it was also publicized on the Facebook page for Foster’s district. The fundraiser was held at a local facility that has a school district contract that Foster voted for last year. The event was attended by representatives of groups, such as the local teachers union, which hope to stay on Foster’s good side.

This controversy comes in the wake of a May report from the San Diego County Grand Jury calling[3] on the school district to impose tougher rules for board member behavior because of Foster’s alleged interference with teachers, counselors and the principal of the School of Creative and Performing Arts, a high school attended by her son. The Voice of San Diego detailed[4] the allegations.

Foster’s son was a student at SCPA. Foster and [Principal Mitzi] Lizarraga did not like each other. This is one of the few things on which they agree.

Lizarraga said Foster regularly used her position on the school board to push for special treatment for her son. She pressured his teachers to tweak grades and attendance records, Lizarraga said, and demanded a counselor for her son with whom she had a personal relationship.

Lizarraga says her staff was forced to write a favorable college recommendation for Foster’s son and that she was ousted as principal at her behest. She left San Diego Unified last year and now is principal of an arts school in Los Angeles.

Foster denies any wrongdoing. She has not commented on the attorney general’s questions about her July 25 fundraiser, but depicted criticism of it as politically motivated.

Foster says if there was any improper behavior at the School of Creative and Performing Arts, it was by staff members, which took out their differences with her on her son.

In its formal response to the grand jury report, the school district challenged the assertion that it had inadequate ethical standards and said the allegations against Foster were too vague to act upon. 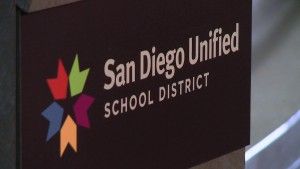 [5]San Diego Unified is the second largest school district in California, with more than 130,000 students.

Foster, a community college teacher[6], was elected to the board in 2012.