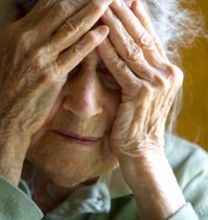 [1]In 2012, after many years of being urged to develop more sophisticated measures of wealth and prosperity, the U.S. Census Bureau began issuing an annual 50-state review of poverty that incorporated cost of living. California shot from the middle of the pack to being to by far the biggest center of poverty[2] in America, with more than 23 percent of residents struggling to pay for basic expenses.

Now a new UCLA study[3] finds that of the 4 million adults in California who are 65 or older, 1.11 million struggle to make ends meet — an effective poverty rate of 28 percent. That’s more than triple the number of California elderly who were considered impoverished under standard federal measures. This is from the KPCC/PBS report[4]:

More than 770,000 seniors in California aren’t making enough to get by but aren’t considered poor by the federal government, according to a UCLA health policy study that is challenging the definition of poverty. …

According to the study, about 340,000 Californians 65 years or older are considered poor based on the Federal Poverty Level[5], which makes them eligible for public assistance programs.

But in an analysis of 2009-2011 U.S. Census data, the researchers concluded that about 772,000 more seniors in the state could use the help but aren’t considered poor enough. She calls this group the “hidden poor.”

“They don’t have enough income to meet a minimally decent standard of living,” said study lead author Imelda Padilla-Frausto, a graduate student researcher at the Center for Health Policy Research. 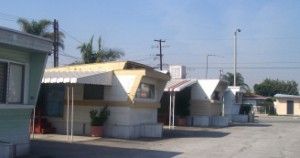 [6]As with the jump in overall poverty rates in the 2012 alternative Census Bureau statistical review, elderly poverty rates are much higher than previously thought because of the high cost of living. UCLA explains its approach in its study:

Economic security requires that older adults have sufficient income to pay for basic housing, food, transportation, health care, and other necessary expenses. The Elder Index is an evidence-based approach that identifies the actual costs of those basic needs at the county level for renters, homeowners with a mortgage, and homeowners without a mortgage. …

A primary cause of economic insecurity among the elderly is their reliance on fixed incomes that can’t handle sudden increases in housing costs. This explains why trailer park communities with rent controls — and many renters among the “hidden poor” — are often involved in intense political fights in local governments.

California has nearly 5,000 trailer parks with nearly 1 million residents, according to a 2011 TIME report[7] about trailer park owners’ war on what cities call “rent stabilization agreements.”

According to a website that offers resources to trailer-park residents in disputes with their landlords, 97 local governments around California put limits[8] on how much rates can go up each year, from Alameda County to Yucaipa.

Elderly trailer-park voters are often eagerly courted by local politicians. They vote at higher rates than younger residents and form coalitions with other groups that have lost favor with city hall. In Oceanside, for example, trailer park residents and public safety unions have long fought with business interests and conservative Republicans for control of the City Council.