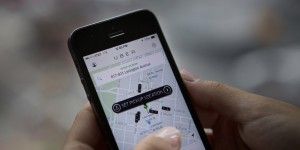 A San Francisco lawsuit pushing to make Uber drivers employees has gathered steam dramatically, thanks to a new ruling that the case against the dominant rideshare company can proceed as a class action.

The hotly-anticipated decision by the judge hearing the case threw another log on the fire of controversy surrounding Uber, which has become a political football even as it has leveraged former Obama campaign officials to launch an unprecedented lobbying and PR campaign in California and other states. “Three drivers sued Uber in a federal court in San Francisco, contending they are employees and entitled to reimbursement for expenses, including gas and vehicle maintenance,” Reuters recounted[2].

“In the ruling on Tuesday, U.S. District Judge Edward Chen in San Francisco said California drivers could sue as a group on the question of whether they are employees or contractors, and over their demand for payment of tips that were not passed on to them. Drivers’ attorneys must submit more evidence to sue as a group for reimbursement of other expenses.”

But drivers who came on board as of May of last year had to specifically opt out of arbitration in order to join the action, Chen ruled.

The sweep of a class action suit would be eye-popping. As Wired noted, “as many as 160,000 Uber drivers in California could join the case seeking mileage and tip reimbursement from the company, presently valued at $51 billion.” Trying to head off the avalanche, Uber had asserted “that the idea of a typical Uber driver was a false notion, meaning that no individual plaintiffs could truly represent the interests of all drivers,” Wired added. That argument proved inadequate to sway Chen, although — to the surprise of few — Uber’s attorneys quickly observed that they were likely to appeal the decision.

Adding to Uber’s woes, a state judgment last month echoed Chen’s interpretation of the law. As Reuters reported[3], California’s Employment Development Department “determined that a former Uber driver in Southern California was an employee, not an independent contractor as the company has claimed, and the decision was upheld twice after Uber appealed by both an administrative law judge and the California Unemployment Insurance Appeals Board.”

Chen’s holding has taken on grand significance because of the potential economic impact on Uber’s relationship with its employees. Those on the left of the political spectrum tend to claim that Uber is harming the economy by depriving its drivers of the kinds of benefits and stability that are generally considered appropriate to workers formally employed at a company.

Those to the right, meanwhile, counter that Uber is helping the economy by opening up a once-cornered market to greater productivity and choice among consumers and producers alike.

Free-market and libertarian groups lashed out at the decision, holding up rideshare companies like Uber as more competitive, demand-based services than traditional cabs and liveries. Taxis’ “costly ‘medallion’ system limits competition and preserves the big companies’ market share regardless of poor quality and high prices,” FreedomWorks argued[4]. “The use of technology to innovate and find new ways to solve old problems is one of the most beautiful things about free markets. It’s unfortunate that California wants to deny these benefits to its citizens.”

Adding to the rideshares’ legal woes, activists for disabled riders have also filed potentially significant lawsuits. Passengers and advocates have “raised concerns that app-based ride service Uber and its main rival, Lyft, aren’t doing enough to meet the needs of passengers in wheelchairs,” the Los Angeles Times reported[5]. “Both companies are facing lawsuits across the country — in California, Texas and Arizona — alleging that their drivers discriminate against people with wheelchairs and seeing-eye dogs. Some say compliance with the Americans with Disabilities Act could become a stumbling block for the companies as they look to expand and solidify their role in the rapidly changing world of on-demand transportation.”