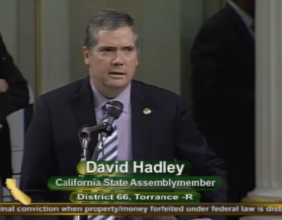 Government agencies will continue to have the power to confiscate private property in California – without a criminal conviction – after lawmakers bowed to intense lobbying pressure by agencies with a vested interest in maintaining California’s civil asset forfeiture system.

“No one should lose his or her property without being first convicted of a crime,” said Scott Bullock, a senior attorney with the Institute for Justice[1], which has pushed for a nationwide reform of asset forfeiture laws. “That’s a basic tenant that most Americans are shocked to learn is being violated daily by law enforcement officials nationwide.”

On Thursday, the state Assembly rejected legislation on a 24-44 vote that would have reformed the state’s rules for seizing assets of those suspected of criminal activity.

A bipartisan coalition of lawmakers urged their colleagues to defend the due process and property rights of those not yet convicted of a crime.

“We have today the opportunity to restore a core principle of American justice, and that is that no person’s property can be taken from him or her without due process of law, without a trial and a conviction,” said Assemblyman David Hadley, R-Torrance, who carried the bill in the lower house. “In California in the last 20 years, tens of thousands of people have had property taken and that property has not been returned – even though those individuals have neither been charged with a crime nor convicted of a crime.” 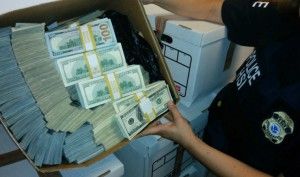 [2]Under the country’s asset forfeiture system, law enforcement agencies have the legal authority to confiscate property of anyone suspected of a crime. Those agencies are then entitled to keep a percentage of the assets – providing a direct financial incentive for government agents to seize personal property.

“Is there anyone who could seriously argue that that dealer should be able to still keep the dirty money derived from those illegal sales?” asked Chula Vista Police Chief David Bejarano, who also serves as president of the California Police Chiefs Association, in a recent Sacramento Bee op-ed piece[3]. “How about the low-level criminals frequently paid by drug dealers to transport dirty money?”

Critics of the practice say it has been widely abused, indiscriminately punishing average citizens alongside criminal masterminds. A multi-year investigation by the Drug Policy Alliance, “Above the Law: An Investigation of Civil Asset Forfeiture Abuses in California[4],” found that the average value of a state seizure in California in 2013 was $8,542.

“Unfortunately, forfeiture has become a widely abused practice,” explains Steven Greenhut, the San Diego Union-Tribune’s California columnist[5]. “Instead of targeting drug kingpins as intended, police sometimes target average citizens who haven’t been convicted or even accused of a crime.”

Each state has its own rules governing asset forfeiture. Under federal law, any amount can be seized without a conviction. In California, assets valued at less than $25,000 are exempt from seizure. To evade California’s basic legal protections, law enforcement agencies have partnered with federal agencies, who keep a cut and pass along some of the seized assets to their local counterparts.

Senate Bill 443, authored by Senator Holly Mitchell, D-Los Angeles, would have required a conviction for most asset forfeiture cases and blocked law enforcement agencies in California from using federal agencies as a middleman for circumventing state law.

According to a legislative analysis[6] of the bill, “Under federal law, 20 percent of revenue from forfeited assets is retained by the federal agency involved, and 80 percent is allocated to the local agencies involved in the seizure in proportion to their involvement in the case.”

In one flyer, the group targeted Assemblyman Phil Ting[7] of San Francisco, claiming his support for the measure would cost his district $2.1 million in law enforcement funding.

“These requirements would violate federal forfeiture guidelines, and would thus end all federal equitable sharing for over 200 law enforcement agencies and task forces in California,” wrote Sean Hoffman, director of legislation for the California District Attorneys Association[8]. “SB443 will severely reduce valuable resources obtained through drug asset forfeiture that fund investigation and prosecution, drug treatment and prevention, training, and community based organizations.”