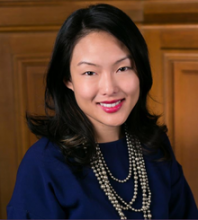 [1]San Francisco Supervisor Jane Kim is continuing her push to eliminate some of the life obstacles that people with criminal records face. Her latest proposal, to come before the Board of Supervisors in coming weeks, is to drop the requirement that people seeking appointment to city commissions and boards have to disclose their felony convictions. The measure would also “limit the ability of city officials to ask or consider individuals’ criminal histories in deciding whether to appoint them,” the Chronicle reported[2].

Kim got a more far-reaching law — known as Fair Chance — adopted in January 2014 on a unanimous vote of the San Francisco board. Here’s her description of the measure and its rationale in a fact sheet[3] distributed by her office.

The Fair Chance ordinance would provide that certain affordable housing providers, private employers with 20 or more employees, and contractors doing business with the city and county of San Francisco, may not inquire into an individual’s conviction history until after the decision-maker has determined the individual’s qualifications meet the requirements for the position or housing unit and may not include such an inquiry in the initial application for employment or housing.
An estimated one in four adults has an arrest or conviction record, creating unnecessary and significant barriers to employment and/or housing. The U.S. Department of Justice generates over 1.7 million criminal background checks annually for employment and licensing purposes. Otherwise qualified individuals are often discouraged from applying for work in the public and private sectors and from applying for housing because of a conviction history inquiry on an initial job or housing application.

Many business groups have objected to such legislation on the grounds that criminal records are extremely pertinent in deciding whether to hire someone. But the San Francisco Chamber of Commerce backed Kim’s ordinance after months of internal debate.

Parallels with “right to be forgotten” concept

There is a chance the measure could backfire and create embarrassment [4]for the city, as happened with its sanctuary city law[5] this summer, if it results in the hiring of someone with a violent past who has a new incident on the job. But so far, no such problems have prompted headlines in San Francisco and other cities which have adopted similar “ban the box” rules [6]in recent years, including Philadelphia, Newark, Seattle and Buffalo.

President Obama has also called for a more forgiving approach to people with criminal pasts, including providing felons the right to vote[7].

There are parallels in U.S. attempts to reintegrate felons and the European Union’s “right to be forgotten” 2014 court ruling[8] allowing people to compel search engine providers to block search results that include unflattering items about their histories. Both are spurred by the idea that individuals should be able to reinvent themselves later in life after embarrassing mistakes made while young.

The vast majority of violent felonies in the U.S. are committed by men under 30, according to a Pennsylvania State University analysis[9] which found crime most common among young men 15 to 24 years in age. This concentration of crime among young men is generally true in Europe and around the world as well, according to a 2014 United Nations report[10].