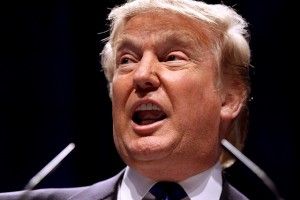 California’s often-beleaguered Republican voters are putting their faith in their party’s biggest outsiders.

“Trump won the support of 24 percent of California Republicans surveyed, while Ben Carson, a retired neurosurgeon and lesser-known conservative favorite, was backed by 18 percent,” the Times reported[2]. “More than a dozen other candidates, most of them elected politicians, resided in the single digits, far behind the leaders.”

The poll suggested Trump owed his edge in the Golden State to the traction gained by hammering hard on the consequences of illegal immigration. But Carson, who has not belabored that issue, came in such a close second to Trump that the margin 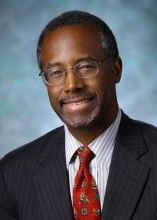 [3]between them fell within the poll’s 5.3 point margin of error. In fact, as the LA Weekly noted, the poll revealed[4] that “Carson held an 11-point lead when matched against Trump in a one-on-one matchup — 43 percent of Republicans supported him for president while 32 percent backed Trump.”

At the same time, respondents also demonstrated that the primary race in California remains as competitive as it appears to around the country. “Among Republicans, 1 in 5 voters polled in the state was undecided about which candidate to back, and many candidates were unknown to a quarter or more of voters interviewed,” the Times added.

Dan Schnur, director of the poll and USC’s Unruh Institute of Politics, described the result as a triumph of anger over ideology. “More than half of the Republican primary voters who have chosen a candidate are supporting someone who has never held elected office,” he said, according[5] to The Hill.

Although hardly the runaway favorite, Donald Trump has become a uniquely significant political force – especially in California, where his polarizing remarks on immigration have given Republicans and Democrats alike an opportunity to score political points of their own.

Some campaigning Democrats have turned Trump into their hoped-for advantage. “Former Hermosa Beach City Councilwoman Nanette Barragán and state Sen. Isadore Hall will attend two separate events in their district Tuesday protesting Trump’s arrival to the state for Wednesday’s GOP primary debate,” Roll Call noted[6]. “Both Hall and Barragán are competing in a Democratic primary in California’s 44th District to replace Rep. Janice Hahn,” the outgoing Democrat who opted this year to run for a seat on the Los Angeles County Board of Supervisors.

What’s more, Lt. Gov. Gavin Newsom himself jumped into the fray, unleashing an animated video designed to deride Trump’s stance on immigration and, by implication, pump up Newsom’s own. “Mocking Trump as ‘Mr. Make America Great Again’ — the theme of the New York real estate magnate’s campaign — Newsom criticized Trump’s demand that the United States build a wall along the southern border, deport 11 million or so immigrants here without proper papers, and restrict citizenship rights of children of those in the country illegally,” the Los Angeles Times observed[7]. “‘Trump’s plan will be a disaster and I’ll debate that at any time,’ Newsom said.”

The move underscored how Newsom, off to what the New York Times called[8] an “early start” to his own political campaign, saw Trump as an opportunity to hit out at California Republicans. According to the Times, “other Democrats are likely to imitate his strategy of making Mr. Trump the face of the Republican Party. Mr. Newsom has been critical of Mr. Trump since he announced his presidential run, warning in July that Mr. Trump’s remarks about immigrants are dangerous.”

But the USC Dornsife/Los Angeles Times poll suggested Democrats would be advised not to push too hard in trying to reduce Trump’s California support to immigration. Discontent with Sacramento has extended throughout a host of other economic and policy issues as well, creating opposition that will remain fierce even with Trump and his rhetoric out of the picture. “Supporters of Trump and Carson had a far bleaker notion of California than other Republicans; only 5 percent of Trump backers and 8 percent of Carson voters said the state was headed in the right direction. Among supporters of other candidates, 18 percent said the state was going in the right direction,” according to the Times.