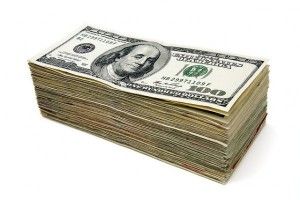 [1]Donations to special interests on behalf of statewide officeholders have grown from $250,000 in 2000 to $4.9 million so far this year, records show.

The donations, which can be solicited by the charity or the officeholder, are unlimited and need only be reported when they top $5,000 in a single year.

And no one has used them more than Gov. Jerry Brown, whose most favored charities, the Oakland Military Institute and the Oakland School for the Arts, have received $19.8 million from various donors who gave on behalf of Brown since 2009, records through the first week of September show.

The institute has prospered over that time frame; tax forms show its total revenue jumped from $7.8 million in the 2010 fiscal year to $9.6 million in 2013, the most recent year available. The academy’s assets – land, equipment and buildings – have also increased from $3.4 million to $9.3 million.

[2]The donations, known as behested payments[3], sometimes go to a candidate’s own inaugural committee. Attorney General Kamala Harris has raised $195,900 for her inaugural committee, although she is currently running to be the Democratic nominee in a bid for the seat of U.S. Sen. Barbara Boxer, who is retiring next year.

Some of those making donations at Harris’s behest are connected to donors to her Senate campaign, which reported more than $4.1 million in contributions through June.

Microsoft in January donated $5,000 to Harris’s inaugural fund, while 14 Microsoft employees donated a total of $15,050 to her Senate campaign so far this year.

Universal Music Group gave $1,000 to the inaugural fund while Ron Meyer, president of Universal Studios, gave $5,400 to her Senate campaign.

And the Lisa and John Pritzker Family Fund gave $9,700 in May to Harris’ fund. Mary Pritzker, using the address of the family’s Pritzker Group Private Capital in Chicago, donated $2,700 in June to the Harris for Senate campaign.

Behested payments have allowed donors to give to candidates in a fashion that legally avoids the limits in state campaign finance law. In 2014, state Sen. Ricardo Lara had $199,250 in behested payments donated to the California Latino Legislative Caucus Foundation, a nonprofit 501(c)(3). Lara was CFO of the group in 2013[4]. While Lara’s campaign, and that of the other caucus members, must adhere to state contribution limits[5] – for example, $4,200 from an individual per election – donations to the nonprofit foundations are unrestricted.

Perhaps a larger version of helping your interests is that of Senate President Pro Tem Kevin de León, whose behested payments to the California Secure Choice Retirement Savings Investment Board totaled $549,000 for the last two years.

De Leon in 2012 sponsored Senate Bill 1234[6], which is aimed at requiring all businesses with five or more employees to offer a retirement plan. The plan’s manager? The California Secure Choice Retirement Savings Investment Board.

And then there is California Public Utilities Commissioner Michael Picker, under whose name $65,000 was donated for a February dinner honoring his predecessor, Michael Peevey.

Donors included several workman’s unions. The money was supposed to go to the Goldman School of Public Policy at UC Berkeley. But the school refused $30,000 of the money[7], and Picker distanced himself from the funding.

Peevey is being investigated for emails that show he may have made backroom deals with Pacific Gas & Electric Co.

Picker, an official sponsor of the Feb. 12 dinner, later told an assembly subcommittee that the behested funding was not his doing.

“I wish I could say that I could raise $50,000, I actually, because I intend to be as transparent and as ethical as I can be, and because my name was mentioned on the flyer as a sponsor,” Picker explained. ”I simply made the determination that I could not know who was contributing or why. And rather than guess whether somebody made a contribution, based on the fact that I was going there, I just disclosed it.”

But attached to the bill initially was redemption: a provision that would make behested payments made in the name of a departing officeholder subject to reporting in the same year. That is, if you are removed from office, you can’t just petition friends to give to your favorite charity without reporting it on the way out.

It was a step in the direction of reform, the idea that those leaving the public fold cannot direct money that might help them in their private sector endeavors.

The provision, though, was removed in the late stages of the bill.