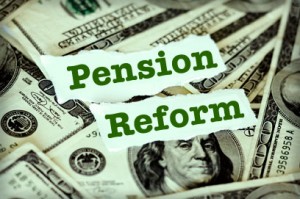 [1]Over the weekend, two sources indicated to me that the Chuck Reed/Carl DeMaio pension reform initiative would be pulled, re-written, and re-submitted to the attorney general for a new title and summary. If it is to be re-filed, it is worth considering for which ballot it would be re-submitted.

Whatever a new initiative might declare would be attacked by public employee unions with criticisms real or imagined. But would the placement of the initiative on the 2018 ballot give the measure a higher probability of success?

The 2016 presidential election will bring out a greater turnout of voters, many occasional voters who don’t pay as much attention to public affairs. The profile for the 2016 electorate would contain a larger percentage turnout of Democratic voters who are more closely connected to public employees whose union leaders will rail against any pension reform initiative.

Considering which ballot may be more friendly to a particular measure is common practice in the California initiative world.

Tax increase advocates discussing a plethora of possible tax measures for the 2016 ballot consider the profile of the presidential election voter more friendly to their cause. The Proposition 30 tax extension measure has already been filed, more tax measures may follow.

Another factor proponents of the pension reform effort might consider is who will write the title and summary.

Twice Attorney General Kamala Harris has authored titles and summaries that, according to Reed and DeMaio, were biased in a way that would damage the initiative’s chances of passing. The attorney general emphasized that the pension reform would hurt those who serve in jobs that the voters clearly respect such as police officers, firefighters and teachers. Harris’ summary of the current measure states that it eliminates constitutional protections from public workers that the proponents called misleading.

Kamala Harris is the leading candidate to take the United States Senate seat currently held by the retiring Barbara Boxer. Should Harris win next year, Governor Jerry Brown will appoint an attorney general to fill out her term.

That means a new attorney general will be writing ballot titles and summaries for the 2018 ballot. There is no guarantee that Brown would appoint anyone less sympathetic to public employee unions than Harris has been. However, if Brown appoints a caretaker to the post, someone to fill the term but with no ambition to seek that office or another, then the new attorney general would not be as susceptible to union pressure in an upcoming election.

A roll of the dice, perhaps, for pension reform proponents, but something to consider if they want to take another bite at getting a title and summary they consider fair.