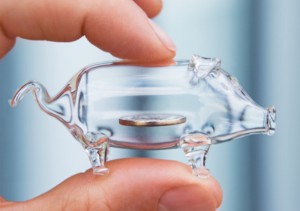 Senate Bill 331[2], a bill sponsored by government employee unions that is on Gov. Jerry Brown’s desk, is touted as increasing transparency in contracting by certain local governments.

But critics say the bill’s provisions are actually intended to punish agencies that have adopted ordinances increasing transparency in collective bargaining negotiations with employee unions.

The bill only applies to counties, cities and special districts that have adopted a Civic Openness in Negotiating ordinance[3]. According to the bill’s Senate legislative analysis[4], COIN ordinances typically require agencies engaged in labor negotiations to:

“The COIN ordinances’ proponents argue that the local requirements are necessary because the secrecy that shields labor contract negotiations results in labor agreements being approved by elected officials without sufficient opportunities for the public scrutiny,” the analyst said.

Versions of the COIN ordinance have been adopted by Orange County, the cities of Costa Mesa, Fullerton and Beverly Hills, and the East Bay Municipal Utility District. Although that’s just five local agencies out of thousands in California, it may be five too many for SB331’s backers.

“The opposite of what its title [Civic Reporting Openness in Negotiations Efficiency Act] implies, SB331 is a cynical piece of legislation designed to punish local agencies that adopt COIN ordinances, or even less stringent ordinances requiring public disclosure of benefit and long-term costs of labor contracts,” said the public law group Renne Sloan Holtzman Sakai LLP on its website[5]. “Under the legislation, agencies that adopt almost any measure promoting a better understanding of their labor costs must accept onerous requirements for all public contracts over $250,000.”

Those requirements force COIN ordinance agencies to apply similar transparency measures to all $250-000-plus contracts.

For every $250,000-plus contract – regardless of how mundane or routine – the agency would have to provide a report listing offers, counteroffers, names of those involved and other negotiation details. The report must be filed at least 30 days before each contract is considered by an agency and at least 60 days before the agency votes on it. The agency must consider the contract for at least two meetings before voting.

The only way an agency can avoid the requirements is by suspending, repealing or revoking its COIN ordinance.

The bill’s author Sen. Tony Mendoza[6], D-Artesia, on the Senate floor Sept. 10, portrayed it as simply a measure to increase governmental accountability and fairness. “I think we are all in favor of transparency,” he said. “Let’s make it equitable and make all contracts in open meetings and have them transparent – not just labor or just business [contracts].”

The only senator to speak against it was John Moorlach[7], R-Costa Mesa, who introduced Orange County’s COIN ordinance when he was a supervisor.

“A few days ago the LA Times had an editorial that encouraged municipalities to adopt COIN, civic openness in negotiations,” he said. “So here we are with a few municipalities, cities that have adopted COIN. And now we want to make it very cumbersome for them.

“Basically, most negotiations for collective bargaining in counties, cities are done in closed session, closed doors. And then the results are released, and a few days later they are voted on without any input from the public. COIN is just encouraging transparency. And we should not be penalizing it.

“We have a lot of funny things that come out of bargaining in closed session. And that’s why a lot of our cities and counties, and even the state, are in pretty poor fiscal shape. And no wonder we keep asking for tax hikes.”

“There have been a number of efforts in recent years to promote transparency in government, and those efforts are laudable,” she said. “We believe transparency should not be limited to a jurisdiction’s public workforce. And instead should be applied evenly to areas where taxpayer money is being spent.”

The debate on the bill pitted the Orange County sheriff’s 2,800-member rank-and-file against the sheriff’s department management. 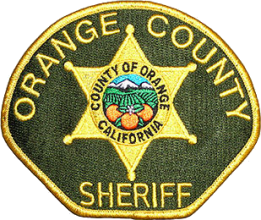 [9]Tom Dominguez, president of the Association of Orange County Deputy Sheriffs[10], said, “SB331 represents a critical step toward assuring transparency in public contracts. Transparency is not truly transparent if it is being selectively directed at a single group or entity. Private sector contracts worth millions of dollars are routinely approved by elected officials with little or no public scrutiny.”

Dominguez continued, “SB331 will give the public a window into how taxpayer money is being spent on private sector contracts. And ensure these precious dollars are being spent serving the public.”

“While the Sheriff’s Department welcomes transparency, this bill will detrimentally impact those we serve, as well as our employees in providing those services, due to the unnecessary restrictions and costs caused by the mandates of the bill,” he said.

“If SB331 were made law, critical public safety contracts would be delayed. Specialized contracts with the crime lab, often with sole-source vendors due to the specialized nature of the equipment, would be adversely affected by the passage of the bill.”

Another risk, Barnes said, is that the county could be sued if delays in procurement of goods prevent the county from meeting its mandated welfare requirements for county jail inmates.

“While proponents of the legislation point to openness and transparency – a value that we share and a worthy goal – the additional burdens and cost increases associated with SB331 will inevitably and unnecessarily strain staff’s time, burden budgets that are already stretched too thin and result in unintended consequences affecting the delivery of public safety services to the residents and visitors of Orange County,” he said. “This is not an anti-union position; this is a continuity of operations issue that I’m stressing for public safety.”

Democrats on the committee were not persuaded.

“Having a certain incapacity much like O.C.’s in the past, it’s amazing to me that cities and counties and districts that decide they want to outsource public services because of a claim of reducing costs, somehow want to increase the costs for negotiating with their own employees, while giving an unfair advantage of course to those services that are outsourced by suggesting there’s no need for equal transparency,” said Assemblywoman Lorena Gonzalez[12], D-San Diego. “Frankly, what’s good for the goose is good for the gander.”

If Brown signs the SB331, it will be the second major transparency setback for Orange County this year. The county’s COIN ordinance was struck down[13] by a Public Employment Relations Board[14] administrative law judge on June 16. The judge ruled that the county, before adopting the ordinance, should have provided “notice and an opportunity for the union to meet and confer over that adoption or its effects.”

Renne Sloan warned that the ruling “may further discourage local agencies from adopting similar measures to make negotiations more transparent and responsive to the public’s interests and welfare.”