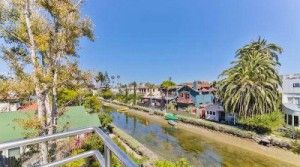 [1]The Internet-fueled rise of short-term vacation rentals is stoking fury in coastal Southern California communities and cities that attract lots of tourists.

Opponents say they’re killing neighborhood quality of life by bringing a never-ending series of loud, rude, drunken visitors to once-quiet communities. Defenders say they’re an economic engine and a bulkhead in the new sharing economy that can be made more tolerable and less disruptive with proper regulation.

But the loudest critics don’t want a compromise. They generally want a ban on rentals of less than three weeks, and some also urge limits on how many such rentals are allowed.

In Los Angeles, the leading concern is that the city won’t enforce existing rules that make short-term stays illegal in most residential communities. The Los Angeles Times reported [2]last week on Venice residents who provided vast evidence that a home was being used as a de facto hotel — including a short-term rental contract for the property — only to have the city decline to pursue the matter:

As Airbnb and other platforms make it easier to rent out rooms or whole homes for short stays, the debate over regulating such rentals has revolved around what kinds of rules Los Angeles should enshrine. But for many Angelenos, the bigger question is whether the rules will have any teeth.

“They’re talking about writing a new law, when all they need to do is enforce the existing law,” said Patricia Rickles, one of the Venice Canals residents. …

The lack of action has convinced some critics that the online platforms need to lend a helping hand. “No city has the resources to send inspectors to all these properties,” said Judith Goldman, one of the co-founders of Keep Neighborhoods First, a group concerned about “commercialized” short-term rentals.

Goldman and others want a stern, Santa Monica-style[3] assault on such rentals. 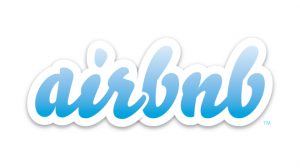 [4]In Orange County, Anaheim has emerged as ground zero in battles over short-term rentals. This is from a Sept. 15 Orange County Register story[5].

ANAHEIM – The City Council voted 4-1 Tuesday night to temporarily stop accepting applications from Anaheim homeowners wanting to join the lucrative business of renting out their properties to tourists bound for Disneyland, local conventions or Angel Stadium.

Dozens of residents complained about noise and the rapid proliferation of these short-term rentals, prompting the council to approve the so-called “urgency ordinance” for the next 45 days, with an option to extend the moratorium.

City officials said that the permit moratorium will give them time to study how to better regulate the businesses, which may include an increase of the current $250 registration fee charged annually to homeowners renting their properties. A report is due back to the City Council on Oct. 20.

Councilwoman Lucille Kring suggested that the city’s code enforcement officers crack down on unpermitted short-term rentals, revise the city’s occupancy limits for rentals and place a cap on the number of vacation homes allowed in each neighborhood. …

Anaheim police have responded to about 300 calls for service at short-term rentals over the past year, mostly to deal with complaints of loud parties and parking issues. 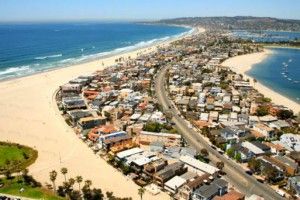 [6]In San Diego County, complaints are most common in the coastal strip from Ocean Beach north to Mission Beach and Pacific Beach. One Republican City Council member, Chris Cates, warns against making regulations too strict. Another, Lorie Zapf, sides with those who say their quality of life is under assault. This is from a story [7]posted Sept. 21 by the Union-Tribune.

The widening debate over the proliferation of short-term vacation rentals intensified Monday as a newly formed residents group called on the San Diego City Council to significantly tighten restrictions on who can rent out their property and how often.

The latest proposal, offered up by a group calling itself Preserve Our Communities, comes as the council prepares to take up the increasingly contentious matter later this year.

At issue is the growing number of property owners who are renting out their entire homes or a single bedroom for short-term stays, thanks to the huge popularity of online platforms like Airbnb and HomeAway. …

“The biggest problem is not knowing what you’re going to get day to day: a peaceful family, a drunk person on the street, a bachelor’s party, a Marine Corps graduation party, people parking in other people’s driveways,” said Scott Gruby, a resident of the Bay Ho area and spokesman for Preserve Our Communities. “We wouldn’t be in this situation if this was just a few bad apples.”

Under the proposal offered up by Gruby’s group, in cases where owners are renting out entire homes but are not present, the minimum stay permitted would be 21 days or more. And for those renting out a room in their homes, stays of no less than 7 days would be permitted.

What if  beach neighborhoods are all short-term rentals?

A writer for an Ocean Beach-centric website and publication, the OB Rag, worries about more than neighborhood disruption. Frank Gormlie says the attractiveness of the San Diego beach lifestyle and the easy money to be made with short-term rentals could hollow out[8] communities.

The problem occurs when for residents and local small property and home owners develop the motivation to turn their condo, cottage, second unit, apartment or house over to short-termers who will pay big bucks instead of keeping the interests of the community over that of the immediacy of cashing-in.

If there’s no one left to care about the community or that section of it, then there is no community. … [Take] a walk or bike ride along the boardwalks that run along Mission Beach and Mission Bay. Try to count the buildings where actual residents live. It’s depressing.

This is the same threat, now, aimed at Ocean Beach. If enough little cottages, homes, apartments are turned into vacation rentals, then this is a larger threat to the culture of Ocean Beach than gentrification. …

OBceans need to be vigilante on this issue. It isn’t over yet. Along with gentrification, short-term vacation rentals have the ability to undermine parts of the community, change the character of the neighborhood for the worse and turn a vibrant village into a beach resort for vacationers.

But Ocean Beach and other communities aren’t likely to get clarity soon from San Diego City Hall. The City Council has been considering updating short-term vacation rental rules for months[9], and nothing close to a consensus has emerged.