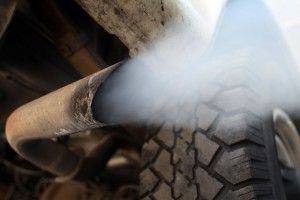 In the wake of a big legislative setback, Gov. Jerry Brown’s wish to use regulations to cut fuel emissions is swiftly coming true.

This month, Democratic lawmakers couldn’t muster enough votes to slash gasoline use by half within 15 years. Now, the state Air Resources Board has taken action widely seen as compensatory. “The action, coming two weeks after a stinging defeat for Gov. Jerry Brown’s planned 50 percent cut in petroleum use by 2030, signaled his administration’s determination to press forward with an aggressive environmental agenda through the regulatory process rather than by legislation,” noted[2] the New York Times.

In a unanimous, 9-0 vote, the board chose to reactivate California’s standards on low-carbon fuel, created years ago but recently held in legal limbo. The regime constituted “the first regulation of its kind in the U.S. when it was established in a 2007 executive order by then-Gov. Arnold Schwarzenegger,” as the Wall Street Journal reported[3]. “It had been frozen since 2013, as the state made revisions to the law following a court challenge.”

“The California regulation further tightens the state’s emissions regulations, already the most stringent in the U.S. It requires fuel makers to reduce emissions by developing cleaner fuels or adopting greater use of biofuels. It also requires fuel producers to take into account all emissions for delivering gasoline, diesel or biofuels to California customers.”

Tweaks to the rules made in the wake of the court challenge included “streamlining the application process for alternative fuel producers seeking a carbon intensity score,” according[4] to Ethanol Producer Magazine.

The interventions quickly drew howls from the oil and gas industry, which views the rules’ requirements as unattainable. Tiffany Roberts, director for fuels and climate policy at the Western States Petroleum Association, told[5] the Sacramento Business Journal they weren’t feasible, suggesting that “even if oil businesses are able to incorporate those pollution-cutting methods, they still cannot meet the program’s aggressive standards.” Defenders of the plan, meanwhile, focused on its perceived benefits. “It will drive new technologies, not only in transportation fuel but in hybrid cars, electric cars and other means of transportation,” Pacific Ethanol spokesman Paul Koehler told[6] the Business Journal.

Industry interests haven’t fueled the only criticism of Brown’s regulatory approach, however. Earlier this month, the administration heard out the complaints of a gaggle of state lawmakers — including Democrats — frustrated by the activism and assertiveness of the Air Resources Board. Their debate with Brown “turns on questions of how the state can meet its environmental goals with the right balance between the executive branch, which prizes the ability to act independently, and state lawmakers, who want their own stamp on government programs,” according[7] to the Los Angeles Times.

That disagreement came to a head amid the collapse of the Senate’s planned 50 percent cut in statewide petroleum use. “If the board made decisions adversely impacting constituents, many of whom have already been struggling economically, the consequences could be dire,” uneasy Democrats feared, as CalWatchdog previously noted[8]. “What’s more, angry voters would have little way to respond but at the ballot box.”

While state Senate pro Tem Kevin de Leon portrayed the cut’s failure as the consequence of a massive industry campaign, Assemblyman Mike Gatto, D-Glendale, instead focused on the Air Resources Board’s “tremendous arrogance,” the Times reported, “noting that he’s never taken campaign money from the oil industry but remains skeptical about the measure.”

But the board’s recent successes at advancing its agenda suggested its influence was set to grow. Tipped by concerned scientists, it launched the investigation into the Volkswagen Group of America that revealed the auto company’s secret years-long use of “a defeat device to circumvent CARB and […] EPA emission test procedures,” as emissions compliance chief Annette Hebert revealed[9].