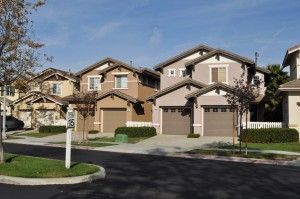 Redevelopment is back in California.

Four years after Governor Jerry Brown led the effort to eliminate redevelopment agencies, the governor has changed his mind, signing legislation to restore the controversial institutions and their power to use eminent domain.

Earlier this month, Gov. Brown signed into law Assembly Bill 2[1], which grants local governments the power to create new entities to stimulate economically-depressed and crime-ridden areas. Beginning January 1, community revitalization authorities will have broad powers to issue bonds for the purpose of investing tax funds in infrastructure, affordable housing and economic revitalization projects. These new government entities formed by cities, counties and special districts will also have the power to use eminent domain and could resurrect the abuses made possible by the Supreme Court’s controversial Kelo decision.

In addition to reviving redevelopment agencies, Brown signed into law Senate Bill 107, which amends the dissolution process for the old redevelopment entities.

“These important new measures enacted today will help boost economic development in some of our most disadvantaged and deserving communities,” Governor Brown said in a press release[2]. “California owes a debt of gratitude to Speaker Toni Atkins for her leadership on these issues over the years. Without her tireless efforts, these bills would never have passed.” 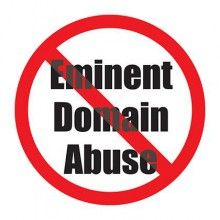 Property rights advocates, who had hoped for a veto, expressed their disappointment with Brown’s decision.

“Unfortunately, the powerful have prevailed over the vulnerable,” the California Alliance to Protect Private Property Rights posted[3] on its Facebook page. “As in the past, the combination of eminent domain and the potential for profit will only lead to abuse, wasteful spending and public corruption.”

Under the new law, local governments can create community revitalization investment authorities in areas where the annual median household income is less than 80 percent of the statewide median. Additionally, three of the following four conditions must be met:

The California Alliance to Protect Private Property Rights warns that this criteria is ripe for abuse by big developers.

“Community Revitalization Investment Authorities introduce the worst form of corporate welfare,” the group said. “They allow taxpayer dollars to be used to forcibly seize private property from unwilling sellers to make way for private development. Today was a major setback for private property rights in California.”

The measure to revive redevelopment agencies[4] received bipartisan support in both houses of the state Legislature. AB2 passed the State Assembly on a 58-15 vote with the support of a half-dozen Republicans, including outgoing Asssembly GOP leader Kristin Olsen.

“Today, we celebrate a major victory for our state’s most disadvantaged communities with the governor’s signature of Assembly Bill 2,” said Assemblyman Luis Alejo, D-Salinas, the bill’s author. “For three years I have worked diligently with the governor’s office and Assembly leadership to create policy that will serve as a new effective tool to help and uplift disadvantaged communities throughout the state. I want to thank the governor for his leadership and thoughtful consideration on redevelopment. This is the right thing for jobs, economic development and affordable housing in California.”

The bill passed the state Senate on a 29-10 vote — with the support[5] of four Republican Senators: Tom Berryhill of Twain Harte, Bob Huff of Diamond Bar, Sharon Runner of Antelope Valley, and Anthony Cannella of Ceres.

Only one senator, Republican Jim Nielsen, R-Gerber, spoke in opposition to the bill[6].

Eminent domain is mentioned in the bill 21 times. The Legislative Counsel’s bill digest explicitly states, “The bill would authorize an authority to acquire interests in real property and exercise the power of eminent domain.”

Although the bill subjects private property to eminent domain, government agencies will receive a special carve-out from the practice.

“Property already devoted to a public use may be acquired by the agency through eminent domain, but property of a public body shall not be acquired without its consent,” the bill states.