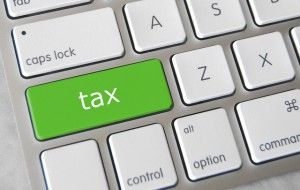 [1]A recent Public Policy Institute of California poll took the measure of many of the potential tax initiatives on the 2016 ballot. This snapshot in time indicates supporters of the tax increases have a lot of work to do to convince the public to vote for them.

But the way the questions were asked must be considered when weighing the results.

The idea of extending Proposition 30 is becoming more practical than theoretical with the submission of two separate ballot measures to achieve that goal. One measure, filed chiefly by the California Teachers Association, would extend Prop. 30 for 12 years. The second measure filed by the California Hospitals Association, a health care union and a children’s advocacy group, would make the Prop. 30 taxes permanent.

The voters appear divided on extending Prop. 30 with 49 percent in favor of extension and 46 percent opposed. However, those favoring the extension drop to 32 percent if the taxes are made permanent.

One odd result from the poll was the great support for the Prop. 30 extension in the San Francisco Bay Area (63 percent) and much less support in the Central Valley (50 percent); odd, because this tax is centered on the wealthy, those with incomes of $250,000 and more. There are many more high-end taxpayers in the Bay Area than the Central Valley.

However, the way the question was asked may have something to do with this disparity. The question described the Proposition 30 tax that exists today. Poll respondents were asked if the taxes on incomes over $250,000 and the quarter cent sales tax should be extended. But, the quarter cent sales tax portion of the Prop. 30 tax measure is not included in either of the extension plans that were filed.

Could Central Valley voters have focused on the sales tax piece and would their answers be different if they knew the extension only affected high-end income taxpayers?

But this basic question doesn’t inform potential voters of consequences related to this issue. There was no effort to deal with either the potential positives or negatives of changing the property tax system. Those issues will certainly be aired during an expensive campaign over a split roll and undoubtedly would lead to different results than the poll currently reflects.

Two other taxes that are being discussed received quite different results. An oil extraction tax found 49 percent support with likely voters; a cigarette tax was supported by 66 percent of likely voters.

There could be a lot of money spent in a campaign opposed to these taxes and a fair amount of change in support. However, looking at all the tax measures at this moment in time, if the old rule were applied that an initiative needs to have at least 60 percent support in early polls to have a fighting chance at passing, then only the cigarette tax looks possible at this time.

Of course, if the ballot is full of tax proposals the old rules may not apply.