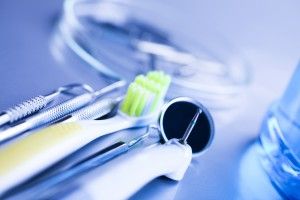 [1]Half of California’s children are reliant for their oral hygiene on Denti-Cal[2], a state-run dental care system that has failed miserably.

More than 12.5 million low-income and disabled Californians receive health coverage from Medi-Cal[5]. The program has a $94 billion budget; $1.3 billion of which goes to Denti-Cal.

The reason is that dentists lose money treating Denti-Cal patients. California’s reimbursement rates for 10 common dental procedures averaged $21.60 in 2012, according to the audit. That’s only 35 percent of the national average of $61.96 in 2011. California has not raised its dental reimbursement rates since 2000.

The result has been a depressed level of dental care for low-income California residents compared to the rest of the nation. Only 44 percent of the 5.1 million children enrolled in Denti-Cal received dental care through the program in 2012-13, the audit said. The national average utilization rate was 47.6 percent of patients, ranging from a low of 23.7 percent in Ohio to a high of 63.4 percent in Texas.

Denti-Cal[2]’s problems were the focus of a Sept. 24 hearing by the state watchdog agency the Little Hoover Commission[6]. The commission took up the issue at the request of Sen. Richard Pan[7], D-Sacramento, who is a pediatrician, and Assemblyman Jim Wood[8], D-North Coast, who is a retired dentist. “Millions of low-income Californians on Denti-Cal are suffering because the promise of dental coverage by the state is not being fulfilled by Denti-Cal,” they said in an April 6 letter[9] to the Commission.

Pan kicked off the four-hour hearing noting that one third of Californians are covered by Medi-Cal, and pointing out that tooth decay is preventable with regular dental care. “Unfortunately, every indication is that the Denti-Cal program has been neglected for decades – it is broken,” said Pan.

He’s made phone calls on behalf of Medi-Cal patients having trouble finding a dentist. “I shared their frustration when I … couldn’t reach a dentist to get them dental care,” he said.

The problem has been going on for years. In 2008 only one-fifth of the children in Sacramento County’s Denti-Cal program actually received dental care, Pan said. “It was clear that DHCS did not seem to exercise very much oversight or knew what was happening – or not happening actually – to our children in that time.”

DHCS has not, as required by law, annually reviewed its reimbursement rates “to ensure the reasonable access to dental services by Medi-Cal beneficiaries,” the audit said. The department also has not complied with its pledge to annually compare Denti-Cal’s performance with results from national and statewide surveys. Denti-Cal “thought another division was responsible for completing the dental metrics in the monitoring plan,” the audit said.

Pan, along with several other industry experts testifying at the hearing, said that reimbursement rates need to be increased to make it worthwhile for dentists to take on the extra work. Reimbursement is so low that some dentists find it is less burdensome to directly provide charity care to poor patients rather than going through Denti-Cal and dealing with its paperwork and other bureaucratic hurdles.

“When you have payment rates that do not adequately cover practice expenses, there’s pressure on providers then to make that up – if they are going to be viable – to perform high volumes and particularly more highly paid services and procedures,” Pan said. “The department then responds, when they see this higher volume, to create even more barriers to payment, which drives out more providers. And basically who are you left with? People who have figured out how to work the system to do high volumes just to keep the practice viable.”

Similar testimony was provided by numerous dental professionals. All of which put the woman representing the Denti-Cal program – Rene Mollow[10], DHCS deputy director of Health Care Benefits and Eligibility – on the hotseat.

“I first do want to acknowledge the challenges that we’ve had in the program and to represent the commitment … in working through and making sure we do improve the management and administration of the program,” said Mollow. “I think, based upon responses that we have made to the state auditor, we have demonstrated our commitment to making the improvements.”

She said there’s been a lot of discussion on reimbursement rates. She also acknowledged that the problems are more extensive, including cumbersome paperwork requirements. For example, the Denti-Cal application for dentists is 40 pages long. Denti-Cal preauthorization, based on documentation including x-rays, is often required before some procedures are allowed to be performed. Several professionals also complained about the ratcheting up of anesthesiology regulations.

But Mollow sought to put a positive spin on the situation.

“We pride ourselves on ensuring program integrity while also ensuring access to services and maintain the viability of the program given the expenditures of the program and the population that we do serve,” she said. “We do recognize the challenges with the administrative processing in terms of claims and provider enrollment. We are looking at ways to do some streamlining.”

Commissioner David Beier[11] asked Mollow about the audit. “Did you view that as a three-alarm or four-alarm fire that required an urgent response?” he said.

Mollow responded, “Yes, the audit raised concerns. But the findings of the audit were things we were already working on. So these were things based upon the administrative simplification, issues with provider enrollment, all of the things people were raising to us as concerns.”

Beier wanted to hear more specifics about corrective measures. “In your testimony there’s a lot of ‘looking ats’ and ‘considering,’” he said. “What are the major changes that have been implemented in almost a year since the audit?”

Mollow responded, “We’ve looked at improving upon our contract oversight and management of the fiscal intermediary. We have required the provision of the beneficiary and provider outreach plans. We are now working with stakeholder review of those plans. We are working with stakeholders on beneficiary and provider performance metrics. We have a very robust process in place.”

Also robust is the number of new patients coming into the Medi-Cal program due to changes in federal and state laws that expand coverage. An additional 2.7 million Denti-Cal patients – perhaps as many as 6.4 million – are expected to be added in the coming years. “[That] make[s] us question whether California will have enough available dental providers to meet the needs of Medi-Cal beneficiaries,” the audit said.

Sen. Anthony Cannella[12], R-Ceres, who is also a Little Hoover commissioner, was unconvinced by Mollow’s assurances that the department is on top of the problems.

“I just think that it doesn’t seem like we are taking this as serious as we should when we have people with real needs,” he said. “And these have real consequences. Children that have problems with their teeth, it’s a stigma that they carry for the rest of their lives. So we are creating more and more problems that I think can be solved pretty easily.”

Commission Chairman Pedro Nava[13] quizzed Mollow about why her department hasn’t fixed the problems or sought help from the Legislature. Mollow responded that changes must first go through the regulatory process. That didn’t satisfy Nava.

“As a former legislator, this is where I would say to the department, ‘Where the hell you been?’” he said. “In a nice way. The push to make the change should come from the department. Because the last thing you want is an uneducated legislator deciding they want to fix it. Because then there’s unintended consequences that the Little Hoover Commission has to come back in and look at five years later.

“One of the things that ought to happen when you leave here is to meet and talk about your legislative package and come up with a bipartisan legislative proposal. Without some movement on the legislative front, you don’t want us coming back and asking, ‘How come you ain’t done it yet?’”

The commission plans to release a report to the Legislature on the Denti-Cal problems and recommendations for solutions.