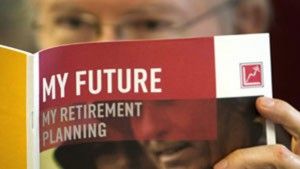 The news added a fresh twist to the state’s long-running game of political cat and mouse, which has seen state officials labor to cast would-be reforms in a negative light.

Previously, former San Jose Mayor Chuck Reed and former San Diego City Councilman Carl DeMaio had forged ahead with a proposal that would subject all pension increases to voter approval.

But that initiative’s path forward was complicated by Attorney General Kamala Harris, who is legally responsible for summarizing initiatives on the ballots used by Californians statewide. As the Sacramento Bee observed[2], the language used in the summaries has proven significant “because it appears on petition materials used to qualify them for the ballot, often shaping voters’ first impression of an initiative’s contents. Perhaps even more important, the wording affects potential contributors’ willingness to underwrite a campaign.”

So, since “the state’s constitution protects public employee pensions and benefits from being cut,” Reason noted[3], “when Harris summarized DeMaio and Reed’s ballot initiative, as the law requires her to do, she declared that it ‘Eliminates constitutional protections for vested pension and retiree healthcare benefits for current public employees, including those working in K-12 schools, higher education, hospitals, and police protection, for future work performed.'”

According to the original language of the withdrawn initiative, the state government “shall not enhance the pension benefits of any employee in a defined benefit pension plan unless the voters of that jurisdiction approve.” Harris’s language, critics said, uses grammatical sleight of hand to make it seem like benefits will be taken away, instead of simply not given in the first place. “It’s clear that ‘shall not enhance’ is not the same as ‘eliminates,'” as the Orange County Register recently editorialized[4].

For DeMaio and Reed, however, Harris created a problem and an opportunity. By pulling the initiative in favor of a couple new and slightly altered proposals, the two hoped to show that Harris “used what they consider ‘poison pill’ language to describe the new measures as she has three previous pension change proposals since 2011,” according to the Bee.

“If she does, DeMaio said, ‘we think she’ll be giving us the evidence we need’ to successfully sue Harris for unfairly skewing her description of pension initiatives.”

The new would-be measures differ slightly. The so-called Voter Empowerment Initiative would require voter approval for “pension benefits for new government employees, increases in benefits for existing employees or taxpayer subsidies of benefits of more than 50 percent,” according[5] to the San Jose Mercury News. The Government Pension Cap Act, meanwhile, “would limit government contributions to new employees’ retirement benefits to 11 percent of base compensation [and] 13 percent for safety employees.”

If DeMaio and Reed wind up dissatisfied with Harris’s summaries of both proposals, Reed said, they’ll challenge her in court. If both pass their scrutiny, however, they would only move forward with one.

Although pension reform has become a political hot potato in California, public support has gathered for some kind of curbs on its excesses. A recent poll conducted by the Public Policy Institute of California revealed that “72 percent of likely voters say the amount of money spent on public employee pensions is a problem,” pollsters noted[6], while 70 percent prefer that voters make at least some “decisions about retirement benefits for public employees.” At the same time, only “24 percent say state and local governments should make all the decisions.”

Those numbers roughly reflected the level of concern over pensions measured nationwide. In a Reason-Rupe poll, 72 percent said[7] they were “very” or “somewhat” concerned that state and local governments weren’t able to meet pension promises extended to public employees. “A similar number (74 percent) are concerned that state or local governments will raise taxes in the future in order to meet these pension obligations,” Reason added. “When asked to prioritize dealing with the pension crisis, 35 percent said pension reform should be a top priority, while 41 percent said pension reform should be an important but lower priority.”