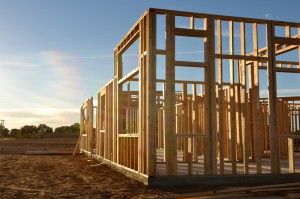 [1]A $9 billion school-construction bond that voters will decide on in November 2016 will be promoted heavily by titans in the construction industry that stand to profit mightily if the measure passes.

The stakes for builders are high; failure to pass the measure could result in a doubling of local fees placed on developers building new homes in order to help pay for school improvements.

The lead role in securing the 365,880 signatures to qualify the bond initiative was led by a politically-savvy trio – Californians for Quality Schools, Coalition for Adequate School Housing and the California Building Industry Association.

The latter two support the quality schools group, and are led by boards composed of developers, school officials, architects and financial advisors.

“This bond will go a long way to ensure school districts have the necessary resources to create the best learning environments for students,” said Eileen Reynolds[2], who chairs the board of the California Building Industry Association and works as government affairs director for Tejon Ranch Corp., one of the largest private land holders in the state.

The group has history on its side; California voters last year passed 128 of 157 local school bond measures, or 82 percent, approving $14 billion in spending.

Voters statewide last passed a bond measure for schools in 2006 – worth $20 billion – with 57 percent of the vote. The money from that bond is now gone, with $2 billion of improvements queued up in need of funding.

Proponents of the spending face opposition from Gov. Jerry Brown, who set the table for the bond imitative when he permitted little outlay in his budget this year for school improvements.

“I think the locals can do it more efficiently,” Brown said earlier this year[3].

In many of the districts that passed bond measures last year, enrollment has dropped but voters continue to fund local measures.

Voters in the Alameda Unified School District last year approved $179 million in bonds with 62 percent of the vote. Enrollment is 9,502, which is 4 percent lower than seven years ago.

Voters in Anaheim Union High School District last year signed off on $249 million in bonds for, among other things, “construction, reconstruction, rehabilitation or replacement of school facilities.” Enrollment there has dropped 4 percent since 2010.

Teacher and administrator levels have remained steady since 2010, according to figures from the state’s department of education.

Brown’s formidable political heft already has halted one effort, a $4.3 billion school bond that passed the statehouse last session but stopped at his desk. It was this move that prompted the new measure, which proponents spent $2 million getting on the ballot.

Those proponents stand to benefit if that $9 billion in school spending is passed.

Bonds rely on property taxes on homes in an affected area, which makes it easier for developers to get the go-ahead to build.

One of the most important elements in a selling disclosure for schools is the amount of taxable property in the district.

But those developers are also in a continual battle with municipalities that are charging some of the highest developer fees in the U.S[4]. that have led to the highest housing costs in the nation.

It puts developers in a dicey public position – yes, there is some self-serving interest but at the same time, there is a legitimate need for statewide outlay on schools and a need to be an integral part of the discussion on how to fund that outlay.

He also points out that developers, large and small, are hit up for money continually, from errant legislation that would require more and more “green” fees to affordable housing mandates.

“We are expected to deal with global warming and the cost of housing in general to provide affordable housing and to pay for all new school construction,” Cogdill said. “No wonder an average home costs $440,000 in California and we have the worst affordability in the nation.”

Several PACs operated by the association in the past have donated[5] to efforts to increase voter turnout in Los Angeles County, the campaign of Secretary of State Alex Padilla and several other candidates from both parties.

Contributors to the PAC include numerous construction firms, engineering companies and home developers.

“Yes, the building lobby benefits greatly in this,” said Kris Vosburgh, executive director of the Howard Jarvis Taxpayers Association, which advocates for limited public taxation. “It spends a considerable amount to support these school bond measures and the people opposed have no money.”

The unspoken message that underlies any school bond pitch is that it’s for the kids, he said.

“But a lot of people want good schools and that’s a good thing,” Vosburgh said. “But they don’t see that in the end, these people are expecting a boost to their wallets.”