When is too much enough? A look at schools, money and taxpayers 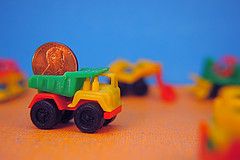 The measure, on the 2016 ballot, is supported in large part by a cadre of interests led by developers, architects, contractors and educators. Among the talking points from proponents is a professed $2 billion in projects that await funding, in all nearly 400 requests from districts that have been either approved or requested by districts.

Most of the money is aimed at improving schools or building more, and in some cases for districts that are struggling to attract students.

West Contra Costa Unified has seen enrollment dip by 2,000 students to 30,596. Voters in the Northern California district approved a $360 million bond measure in 2012. The district is asking for $47 million more in state funding.

At Los Angeles Unified, the second largest school district in the U.S. in terms of students, enrollment has dropped 12 percent since 2005 to 646,683 in 2014-15.  It has $43 million worth of requests for state funding. The number of certified staff, which includes teachers along with upper-level administrators, has also dropped at L.A. Unified, by 8 percent in the last decade.

Then there’s the case of Centinela Valley Union High School District, where voters approved bond measures in 2008 and 2010 totaling $196 million. Over that same period, district Superintendent Jose Fernandez was handed a perk-laden contract that added up to $663,000 in compensation in 2013.[2]  Fernandez was fired last year[3] after the package was revealed.

Here’s a look at the districts with recently voter-approved bonds and projects on the waiting list for state bond funds. The listing includes the margin of approval and the ballot language, as well as the dollar amount of the district’s request with the state.

For an interactive map of the info listed below, CLICK HERE[5]