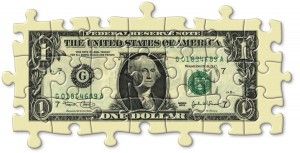 State Treasurer John Chiang issued a report[2] recently that praises California’s fiscal strides in dealing with debt but also raises warnings that the state is still in the deep end of the debt pool. The issue of debt will be on voters minds as they confront a number of likely ballot issues next year that deal with bonds.

First, the good news from Chiang’s report. The treasurer notes that over the last five years the state has finished paying off economic recovery bonds issued during the fiscal crisis of the last decade, strengthened the state budget rainy day fund, and potentially saved millions with pension reform. All this has lead to increased credit ratings from the credit rating agencies Moody’s, Standard & Poor’s and Fitch.  With the improved ratings the treasurer was able to refinance some of the state’s debt and save taxpayers up to $2 billion.

However, Chiang observed that despite the rise in credit ratings, California still has the third worst credit rating of all the states ahead of only Illinois and New Jersey. He raised concerns about health care and pension costs for public employees that add to the state’s debt.

Chiang, in his report, argued that adding to debt could be a good thing or bad thing depending on how the money is spent. He points to the value of Pat Brown’s State Water Project as a positive use of bonds. But he also warns too much debt can lead to catastrophic circumstances as it did in the cities of Stockton and San Bernardino.

Bonds on the Ballot

State voters will consider adding to the state’s debt in next year’s general election.

Already qualified for the November 2016 election is a school construction bond[3] that came via the initiative process. It is backed by a combination of business and labor. If passed it would allow the state to sell $9 billion in general obligation bonds.

In addition, there is a discussion[4] about another water bond. The argument is that the Proposition 1 water bond of 2014 was not enough to deal with issues related to the drought. The size of this bond proposal is not known. Proposition 1 approved a bond worth $7.1 billion.

There could be more bond ideas coming out of the special session considering ways to improve the roads and other infrastructure. In fact, Chiang touched on infrastructure in his report: “I strongly believe we need to conduct a full accounting of all the state’s capital assets – including its crumbling roads, bridges and levees. We then need to assess the remaining useful life of this deteriorating infrastructure and determine the cost of repairs and ultimate replacement.”

Finally, there likely will be a measure[5] on the November 2016 ballot that will give voters a say on revenue bonds over $2 billion. Voters already have a say in general obligation bonds that are covered with tax dollars. Revenue bonds are repaid with funds generated from the services provided by the projects the bonds are used to build. This measure is controversial and will get much attention.

The issue of debt is once again front and center for California’s voters.