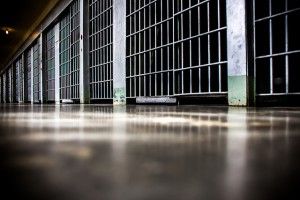 Nearly a year after California voters overwhelmingly agreed to lessen sentences and release inmates convicted of minor crimes, statistical and anecdotal evidence has cast doubt on the wisdom of Proposition 47.

Change has been swift, but results have been mixed, with little to suggest the dynamic is soon to shift. “In the 11 months since the passage of Prop. 47,” the Washington Post reported[2], “more than 4,300 state prisoners have been resentenced and then released. Drug arrests in Los Angeles County have dropped by a third. Jail bookings are down by a quarter. Hundreds of thousands of ex-felons have applied to get their previous drug convictions revised or erased. But along with the successes have come other consequences, which police departments and prosecutors refer to as the ‘unintended effects.'”

“It’s too early to know how much crime can be attributed to Prop. 47, police chiefs caution, but what they do know is that instead of arresting criminals and removing them from the streets, their officers have been dealing with the same offenders again and again.”

As early as August, the numbers painted an unflattering picture of change. “In San Francisco, theft from cars is up 47 percent this year over the same period in 2014,” noted[3] Debra Saunders at the San Francisco Chronicle. “Auto theft is up by 17 percent. Robberies are up 23 percent. And aggravated assaults are up 2 percent, according to San Francisco police spokesman Carlos Manfredi. Burglaries are down 5 percent.”

Now, cities and municipalities have begun facing up to the problems. In Santa Barbara County, for instance, the Board of Supervisors heard that, in the wake of Prop. 47, “the average daily population of the county jail has since crept back closer to normal levels, and the burdensome court workload is holding steady,” according[4] to Noozhawk.com.

“The law — crafted outside the state Legislature — is meant to save the state $100 million to $200 million by eventually reducing the criminal-justice workload and freeing up jail beds and probation resources. But that money isn’t coming until August 2016 at the earliest,” the site noted.

Defenders of the measure insist that the wait is worth it. Writing in The Desert Sun, Indio public defender Roger Tansey called[5] it “far too soon to declare Proposition 47 dead,” since “the second part of the proposition — the estimated $250 million in savings to be spent on rehabilitative services — has yet to be channeled to the counties.” Until that money rolls in, Tansey said, it’s too hard to tell whether repeat offenders are coaxed out of crime through rehab programs.

Other supporters shifted the grounds of the debate to Prop. 47’s impact on the next generation. “Children suffer most when we cavalierly incarcerate their parents,” cautioned[6] San Diego Unified School District board member Richard Barrera in an editorial for U-T San Diego. “According to the Department of Health and Human Services, children of incarcerated parents are seven times more likely to be locked up one day. And according to the Women’s Prison & Home Association, one in 10 will have been incarcerated before reaching adulthood. Prop. 47 savings mean more money for schools. It means more money to invest in our communities’ health and safety. It means more students with stable homes, and more support for those looking to get their lives back on track.”

The initial wave of enthusiasm for Prop. 47 extended well beyond California, with the measure fitting the pattern of Golden State policies framed up as models for nationwide use. But in an editorial urging caution around the so-called Justice Reinvestment Act, Massachusetts’ answer to Prop. 47, the Boston Globe warned[7] that many fewer addicts are agreeing to participate in drug court “while the homeless population has risen. Massachusetts lawmakers should examine California’s experience and find ways to avoid such unintended consequences.”