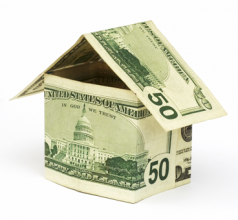 [1]The San Francisco Unified School District is following Los Angeles Unified’s lead with plans to build subsidized housing for schoolteachers and teaching assistants. The districts’ actions may foreshadow a new era in which teachers unions try to use their clout to benefit members in a new category of compensation and seems certain to prompt calls for similar measures in other expensive parts of California. The San Francisco Chronicle has the details[2]:

Mayor Ed Lee[3] and the San Francisco Unified School District announced Wednesday they plan to build a 100-unit housing complex solely for public school teachers and paraprofessionals, and invest up to $44 million over the next five years to help them purchase homes.

The proposals seek to help the many teachers and teaching assistants in San Francisco who say untenable housing prices have made it impossible for them to live in the city.

“Providing this housing opportunity for our teachers is one of the most important things we can do as a city,” Board of Supervisors President London Breed said in the mayor’s office Wednesday. She added that she was “really a bad kid in school” and the teachers who helped children like her “deserve an opportunity to live in this great city.”

The plan for a teachers-only housing complex is in its nascent stages. City and school officials said it will be constructed on property already owned by the school district, although they wouldn’t identify what sites are under consideration. They also haven’t determined who would qualify for the housing.

In May, Los Angeles Unified announced similar plans. This is from the LA Weekly[4]:

The Los Angeles Unified School District [has a] 66-unit, four-story Selma Community Workforce Housing Project under construction at North Cherokee and Selma avenues in Hollywood and is scheduled to open in fall of 2016, the district says. It’s “intended for L.A. Unified employees who fall into a designated economic category. The complex is part of the District’s ambitious effort to attract and retain staff who want to live near work but can’t afford to pay for housing costs.”

This isn’t the first time that teachers in California have been singled out for special treatment. In 200o, Gov. Gray Davis sought to exempt teachers from the state income tax, a proposal that quickly faced strong opposition[5]. He ended up signing a far more modest measure [6]that gave teachers a tax credit of up to $1,500 for out-of-pocket classroom expenses.

Given that the average teacher pay in California is nearly $70,000[7], it seems possible that opposition could build to singling out a group with middle-class pay for special treatment in a state in which 23 percent of residents are in poverty. But San Francisco officials sought to blunt such concerns by framing the policy as being crucial to attract and retain teachers.