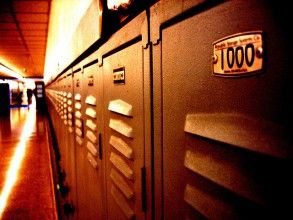 A new study of how English-learner students are taught in California raises profound questions about how seriously the state and many school districts take their responsibility to these students.

The study [1]— prepared by researchers from Stanford, UC Santa Cruz, the University of Oregon, Oregon State University and the Los Angeles Unified School District — found that in seven small- and medium-sized districts it evaluated, two-thirds of English learners receiving special education are classified as having a “specific learning disability.” That’s more than double the rate for other students receiving special education.

This suggests that districts are failing to make a distinction between not being fluent in English and not having the full learning capacity of a normal child. The study says changes are needed “in both the current classification system for students learning English and in the provision of services for these students. Specifically, they indicate that EL classification is too blunt an instrument to capture accurately the diverse learning needs of students learning English, and that reclassification is elusive for many students, sometimes for problematic reasons. Our research also points to weaknesses in the provision of services for English learners, especially in terms of full access to core content and teachers’ level of preparedness to work with students acquiring English.”

For years, Gov. Jerry Brown has called the education [2]of the 1.4 million[3] English-learner students in state public schools the most important issue in California, given the need for these students to end up as productive members of a healthy economy. But the urgency with which Brown framed the issue hasn’t translated into actual efforts by the California Department of Education, the State Board of Education or most school districts to do a better job of evaluating these students and trying to maximize their education outcomes, the new research suggests.

Fixes to system not necessarily costly

Ed Source’s coverage [4]of the study noted one of its most interesting points: Improving evaluations wouldn’t necessarily be all that costly:

Citing the need to expand access to core academic instruction, bilingual instruction and better prepared teachers, the report concluded, “Changes along these lines would not necessarily require large new investments, but they could yield substantial benefits for large numbers of California students.”

But it’s unsure if these recommendations will prompt action by the governor, the Legislature or state Superintendent of Public Instruction Tom Torlakson. All have faced criticism over the implementation of the Local Control Funding Formula, a 2013 state law that was supposed to direct additional resources to educate English language learners. The Legislative Analyst’s Office reported [5]in January that it did not find adequate safeguards for the use of the resources in any of the 50 state school districts it surveyed.

The new study’s formal title is “Improving the Opportunities and Outcomes of California’s Students Learning English.” A 16-page policy brief on its findings can be found here[6].