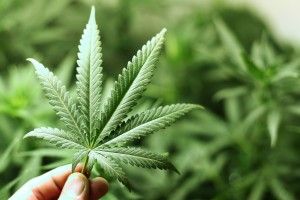 [1]As the smoke cleared from California’s wildfires, analysts agreed that the marijuana industry may never be the same.

Legal, illegal and quasi-legal pot farms all faced an extraordinary risk from the blazes. And those which were wiped out were not expected to return. In a report, the International Business Times noted[2], “because their crops are still illegal federally, these farmers can’t take advantage of wildfire safety net programs offered by the U.S. Department of Agriculture to other farmers and ranchers, and very few of these growers likely had marijuana insurance policies that have only recently been developed.”

That augured a sea change in the way marijuana is cultivated and sold in California, whose voters are expected to give strong consideration to legalizing recreational use of the product on the 2016 ballot.

Timothy Anderson, purchasing manager at Harborside Health Center, captured the problem in a series of interviews with local and national media. This August, he told[3] NBC Bay Area that “about a quarter” of Harborside’s pot “comes from growers near Clear Lake, and the smoke from the fire is damaging another growers’ crops. He expects the drop in supply will raise prices around the Bay Area, for dispensaries who buy from outdoor grows.”

The risks posed to marijuana farmers by fire exceed those of other crops. “Unlike an apple or tomato, you can’t wash a cannabis plant off. The sticky resin is going to grab onto any environmental grit or grime from the air,” Anderson told NBC.

This month, amid the aftermath, he told the IB Times that the fires and the upcoming vote would likely combine to remake the market, to the advantage of larger corporate interests that traditional medical marijuana growers and supporters often fear will squeeze them out of business anyway. “Someone whose farm burns down or loses his crop and he doesn’t come back for a year, by that point our business relationship could have changed,” he told the paper. “Any time someone steps out of the market, you find someone else to replace him with.”

With statewide regulations in place, the IB Times observed, “now is not a good time for established cannabis growers to lose their foothold in the developing industry. ‘If you don’t have a crop in these crucial years,'” asked Anderson, “‘where are you a year or two down the road when the whole market is ready to shift?'”

The loss of marijuana farms promised to worsen the fires’ adverse impact on the struggling rural counties it hurt most. “In Amador and Calaveras counties, the Butte fire has destroyed 475 homes, killed two people and burned through nearly 71,000 acres,” the Los Angeles Times reported[4]. With the lucrative marijuana business largely shut down, and growers poised at best to restart their farms elsewhere, the economic impact could be pronounced.

In an effort to blunt the impact on medical marijuana smokers, who were doubly hit by the fires, two companies have offered not to charge for their products. “Care By Design and AbsoluteXtracts,” the Times noted, “are offering free products at five dispensaries in San Francisco, Santa Rosa, Sebastopol and Lake County.”

“Patients eligible for the free products must have a prescription and home addresses in Cobb, Kelseyville, Middletown or Hidden Valley Lake — among the hardest hit communities over the last three weeks, where the Valley fire has ripped through 118 square miles, destroyed nearly 2,000 homes and claimed four lives.”

In the meanwhile, the shift away from traditional rural marijuana farming could exacerbate a worrisome trend closer to urban centers: large-scale residential grow houses. Rialto firefighters recently discovered that a renter was stealing electricity to help raise some 200 plants in a home he didn’t occupy, bypassing the meter to avoid detection, according[5] to NBC Los Angeles.