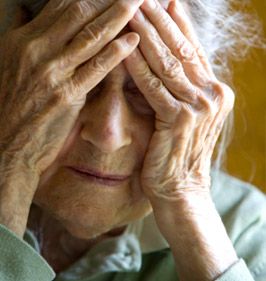 A massive 2008 study [1]of more than 300,000 Americans found that the elderly tended to be happier with their lives than most younger people, settled in their relationships and less likely to be roiled by external events. More recent research [2]has offered similar conclusions, particularly among seniors with active social lives.

But two developments raise questions about whether assumptions about a stable, content senior cohort are still true in California.

Nearly half of low-income elderly Californians have opted out of a statewide managed care experiment because they feared losing their doctors and were reluctant to make any changes to their health care, according to survey data released Tuesday[4] by the Field Poll.

California is in the middle of a three-year pilot project aimed at nearly 500,000 of the state’s most costly patients — so-called dual eligibles. The beneficiaries receive both Medicare, the health insurance program for seniors and the disabled, and Medicaid, called Medi-Cal in California, which provides coverage for the poor.

The state program, known as Cal MediConnect, has had a high rate of people opting out — about 47 percent, according to the state Department of Health Care Services. …

The account noted that many seniors have been automatically enrolled in the new program without being aware of the change. That produced sharp criticism from William Averill, a cardiologist in Torrance.

“The most vulnerable people were the ones who weren’t in a position to understand their choices,” he said. “I think the whole thing is going to collapse under its own weight.”

Given the details of a report released in September by UCLA, California seniors’ anxiety about changes in their medical care is understandable. As CalWatchdog reported[5], the study[6] concluded that 1.11 million of the 4 million adults in California who are 65 or older struggle to make ends meet. That’s equal to a poverty rate of 28 percent, more than triple previous federal estimates for the Golden State.

KPCC, the Pasadena-based NPR affiliate, took a closer look at the numbers in this report[7]:

More than 770,000 seniors in California aren’t making enough to get by but aren’t considered poor by the federal government, according to a UCLA health policy study that is challenging the definition of poverty.

According to the study, about 340,000 Californians 65 years or older are considered poor based on the Federal Poverty Level[8], which makes them eligible for public assistance programs.

But in an analysis of 2009-2011 U.S. Census data, the researchers concluded that about 772,000 more seniors in the state could use the help but aren’t considered poor enough. She calls this group the “hidden poor.”

“They don’t have enough income to meet a minimally decent standard of living,” said study lead author Imelda Padilla-Frausto, a graduate student researcher at the Center for Health Policy Research.

The single state policy that most protects the finances of the elderly is arguably Proposition 13, the 1978 law preventing property taxes from going up more than 2 percent a year. This has insulated people who have owned their homes for decades from the effects of the massive increase in housing prices. Many homes in built-out communities with older stock sell for more than 10 times their original, mid-20th century purchase price.

Other states that have seen housing costs surge have adopted property tax relief for seniors on fixed incomes in recent years; this New Jersey program [9]is typical.