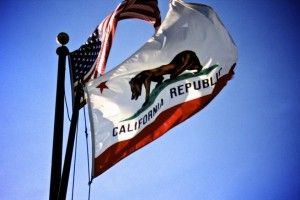 [1]A new series of polling questions revealed widespread unease among Californians, regardless of party. But economic anxiety concentrated inland, away from the coastal metropolises, teeing up the prospect of an especially sharp political divide between Republicans and Democrats on the one hand and the state and national GOP on the other.

In a new USC Dornsife/Los Angeles Times poll, conducted online by SurveyMonkey, Californians disagreed on why they worried about the future, but agreed that it was worrisome. “By more than 2 to 1, voters both nationally and in California say they are more worried than hopeful about changes in the country’s morals and values,” the Los Angeles Times reported[2]. “By nearly the same margin, more worry than express hope about the changing national economy. And by 5 to 1, they say they are worried about how the nation’s politics have changed.”

The concerns reinforced the strong impression that Donald Trump has made on Golden State Republicans. Trump ranked first among their preferences for the presidential nomination, winning 20 percent support to Ben Carson’s 19 percent. Trump’s campaign success has largely been attributed to the rise of a populist and nationalist strain on the right.

“Pessimism is particularly profound among white voters, especially those without a college education,” the Times noted. “In California, fewer than 1 in 4 non-college-educated whites say the country is on the right track, and 70 percent say they are worried about the way the economy has changed. Nationally, the worried share among the group is even higher, 74 percent.”

Some analysts have pointed to data suggesting that the demographic group faces severe challenges. A new study making waves in the national press has revealed an unprecedented, sharp decline in the health and welfare of middle-aged white Americans.

“The mortality rate for white men and women ages 45-54 with less than a college education increased markedly between 1999 and 2013, most likely because of problems with legal and illegal drugs, alcohol and suicide, the researchers concluded. Before then, death rates for that group dropped steadily, and at a faster pace,” according[3] to the Washington Post. “Half a million people are dead who should not be dead,” one co-author, a Nobel laureate, told the Post. “About 40 times the Ebola stats. You’re getting up there with HIV-AIDS.”

The politics of government

Many respondents singled out the role of government as a problem. While almost two thirds said “unfairness in the economic system that favors the wealthy is a major problem in the United States,” about 40 percent “cited over-regulation of the free market as a bigger issue in the country” and “said that the government gets in the way of their opportunities,” USC observed[5].

Yet while Republicans have not been able to translate that unease into widespread change in their party’s fortunes, Democrats focused on economic anxiety have used that issue to tug their party to the left. As key activists on the left recently told[6] The Guardian, “a key gathering of activists in California in 2013 laid the groundwork for the transformation now reverberating through the party.” Frustrated by president Obama’s willingness to trim the growth of social security, their “meeting in a San Jose hotel room of groups also including MoveOn.org, Working Families, Progressives United and Social Security Works was an informal spin-off from the annual Netroots Nation conference.”

“Having successfully fought their own president and defended the pension rights of millions of Americans, the activists decided to go on the offensive and try to convince other Democrats to begin talking about expanding social security instead.”