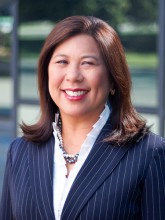 [1]At last Friday’s California Economic Summit[2] sponsored by California Forward[3] and the California Stewardship Network[4], state Controller Betty Yee predicted that a Proposition 30 extension and a cigarette tax will be on the 2016 ballot and both would pass. It was a prediction — not a desire. Yee said tax reform is imperative but it should be accomplished after deeper conversations rather than relying on the initiative process.

The Legislature is interested in the fact that Prop. 30 will end, Yee said, and she preferred that a tax reform discussion take place within the halls of the Legislature. However, Yee admitted she did not know how to slow down the initiative process to conduct a long-term conversation. Because voters are familiar with Prop. 30, she said, and if the final initiative presented to the voters has a “temporary” tag on it, she predicted the measure would pass.

The Economic Summit is an ongoing program dedicated to creating a roadmap to build economic prosperity in California. This particular session was dedicated to finding keys to develop more skilled workers, more water and more housing in California.

How to fund California’s future was the subject of the panel Yee participated on along with Ana Motosantos, former California Director of Finance. She is now associated with Tom Steyer’s Fair Shake Commission. The moderator was California Forward’s Lenny Mendonca. Motosantos concurred with Yee’s predictions on the tax measures.

The Controller has put together an advisory group working on tax reform. She argued that while California’s economy is doing well, now is the time to move on reform. However, she acknowledged that a big education program is needed. It is a matter of how to talk about tax reform to legislators and to the public, she said. Yee suggested discussing comprehensive tax reform not in ways of who might be winners or losers in a changed tax system, but in the terms of economic opportunity for all.

Yee’s tax reform group will deliver its report in March.

Motosantos said the Fair Shake Commission would consider taxes in February. The Commission, set up to consider answers to income inequality, is the brain-child of billionaire Tom Steyer. Critics claim the Commission is an effort by Steyer to broaden his credentials on a number of issues in consideration of a gubernatorial run. In that respect, the Commission’s take on tax reform could prove informative.