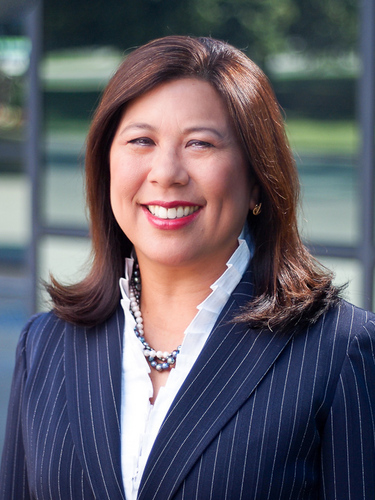 California’s chief fiscal officer is making it easier to reclaim private property held by the state.

State Controller Betty T. Yee announced earlier this month an expansion of the eClaim feature for the state’s unclaimed property program. Property owners will now be eligible to submit their claims for property valued up to $5,000 using the controller’s streamlined paperless electronic claim process.

“The eClaim process is simple, efficient, and can be completed in a couple of minutes,” Yee said in a press release. “An increased threshold of $5,000 will allow many more Californians to claim lost or forgotten property online and quickly receive a check in the mail.”

Unclaimed Property: Your Money Held by the State

Under state law, when there’s been no activity on an account for three years, financial institutions are obliged to report this unclaimed property to the California Controller’s Office. In turn, the controller holds the funds until it is claimed by the owner. The most common types of unclaimed properties are bank accounts, stocks, bonds, uncashed checks, wages, life insurance benefits and safe deposit box contents.

Among the biggest problems facing the state’s unclaimed property program: a lack of public awareness about where people can find their old property. Most people don’t realize they’re owed money from a forgotten insurance settlement or an abandoned stock dividend.

However, for those owners aware of the program, obtaining the necessary paperwork to prove ownership can be costly and time-consuming. Many find the hassle of paperwork not worth a small dollar amount.

To address the paperwork hassle problem, in January 2014, then-Controller John Chiang created the eClaim feature to expedite the return process for properties valued at less than $500. Later that year, Chaing increased the value to $1,000. In total, more than 315,000 properties have been returned through the Controller’s eClaim feature. 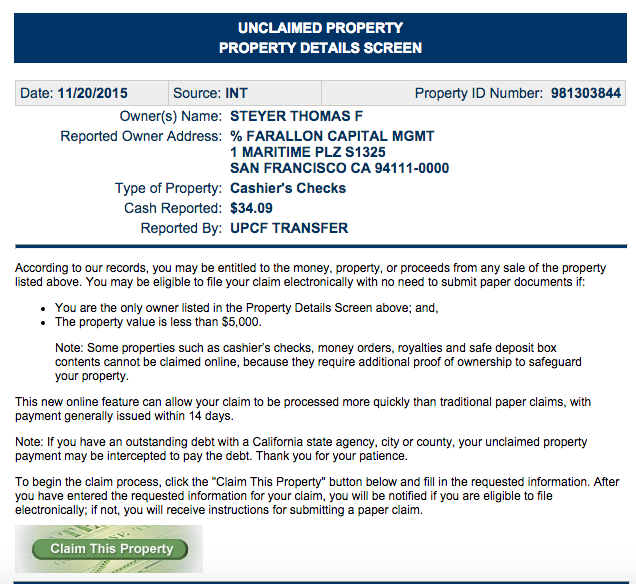 The state currently holds more than $8 billion in unclaimed property that rightfully belongs to more than 32 million people and businesses. More than three-quarters of unclaimed properties are estimated to be eligible for the new expanded eClaim feature. Yee says that by increasing the threshold to $5,000, she’ll be able to return another $9.4 million per year.

Among those who could benefit from the eClaim feature is billionaire hedge fund manager turned environmental activist Tom Steyer. The former hedge fund manager has three unclaimed properties, each valued at less than $50, dating back to his time as founder of the San Francisco-based Farallon Capital Management[1].

LAO Report: State Can Do More

For decades, the state has made it difficult for owners to obtain their property. From 1990-2007, state law prohibited[2] the Controller’s office from contacting approximately 80 percent of owners.

Earlier this year, the state Legislative Analyst’s Office released a report critical of the state’s unclaimed property system. The state could do a better job of finding owners, the report concluded, instead of passively waiting for the cash to be claimed.

It also argued that the state has a conflict of interest in managing the program.

To find out if you have unclaimed property held by the state, go to www.claimit.ca.gov[3].