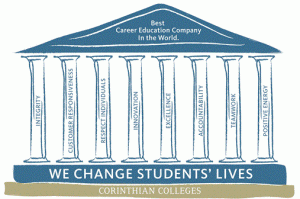 [1]The recent announcement by the U.S. Department of Education and state Attorney General Kamala Harris that 85,000 California students who attended for-profit campuses of Corinthian Colleges would be eligible for debt forgiveness on their student loans because they’d been misled by false Corinthian job-placement claims won headlines [2]across the state.

But the coverage didn’t provide some crucial context: The Corinthian scandal was only the latest example of scam colleges flourishing in California, taking student-loan dollars from students while either providing substandard educations or just being out-and-out “diploma mills.” Santa Ana-based Corinthian, which at its peak had 107 campuses before its May bankruptcy, is far from the first such university to operate in the Golden State.

The GetEducated.com website, which provides consumer information to potential online college students, notes that California has long had the nation’s worst record[3] in policing fake colleges. The site’s explanation:

California ranks no. 1 among degree mill states because the state has long allowed unaccredited colleges to legally operate and award degrees.

Historically there has been much confusion in California between a “state approved” school and an “accredited” school[4].

Many degree mills located their headquarters in California after obtaining state “approval” to operate as a business under California law. Consumers are easily confused by the term “approved,” which is not the same as “accredited.”

‘What exactly is going on in California?’

The problem is so severe that California has even come under criticism from outside the United States. This is from a January 2012 report [5]in the Bay Citizen:

Education experts say California leads the nation in unaccredited schools. Frederick Taylor is one of nearly 1,000 unaccredited or questionably accredited colleges and vocational schools that have been operating in the state without regular inspections or evaluations of educational quality, which is required under a state law that has rarely been enforced. State approval is basically a license to operate. Accreditation comes from national or regional agencies that review curriculums and educational standards.

“There are a lot of schools that beg the question ‘What exactly is going on in California?’” said Eyal Ben Cohen, managing director of Accredibase Limited, a company based in London that monitors diploma mills. “California has very weak oversight procedures as far as allowing an institution to operate within its borders. An institution within California can obtain a license very easily.”

A state law passed in 2009 was meant to make it easier to crack down on diploma mills. It created the California Bureau for Private Postsecondary Education, an agency [6]that was expected to step up regulation of unconventional colleges.

But it was the federal government that provided the muscle behind the crackdown on Corinthian Colleges. Meanwhile, an online survey shows several recent examples of the deception cited by GetEducated.com in which colleges depict the state of California’s approval of their operations as tantamount to state accreditation.

One example can be seen [7]in the Anza Valley Outlook, which covers a remote corner of Riverside County. Its Oct. 29 story about the Anza campus of Olivet University[8] described Olivet as offering “degrees and certificates accredited by the State of California Bureau for Private Postsecondary Education.”