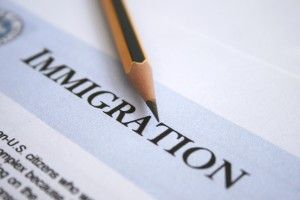 [1]Pronounced differences around the issues of legal and illegal immigration have split voters, politicians, donors and immigrants themselves — from matters of funding and poverty to jobs and security.

California has become a flashpoint for immigration politics despite indications that the long wave of illegal immigration impacting the state has crested. “More Mexicans are leaving the United States than migrating into the country, marking a reversal of one of the most significant immigration trends in U.S. history,” according[2] to CBS News. “A study published Thursday by the Pew Research Center said a desire to reunite families is the primary reason Mexicans go home. A sluggish U.S. recovery from the Great Recession also contributed. Meanwhile, tougher border enforcement has deterred some Mexicans from coming to the United States.”

At the same time, eight Democrats in California’s Congressional delegation recently broke with their party and voted against the president in supporting legislation that would tighten strictures on would-be refugees from Iraq and Syria. Their votes reflected the extraordinary uncertainty and discord surrounding federal immigration policy more broadly. President Barack Obama appealed to the Supreme Court for expedited consideration of the fate of his anti-deportation plan for unlawfully present immigrants, which 26 states launched an effort to reject. “Moving quickly to put the issue before the justices in time for a decision while President Barack Obama is still in office, the administration called for the court’s immediate review of its plan to protect and give work permits to as many as 5 million immigrants,” according[4] to the Associated Press. “So far, the federal courts have sided with the GOP-led states and effectively blocked the plan.”

California Attorney General Kamala Harris, currently campaigning to replace outgoing Sen. Barbara Boxer, threw her weight behind the administration and lambasted the ruling against it. “Harris said the ruling by the U.S. 5th Circuit Court of Appeals will be a blow to the California economy and would threaten public safety because many immigrants fear reporting crimes out of concerns they may face deportation,” the Los Angeles Times reported[5]. “In a 2-1 decision, the appeals court sided with Texas and 25 other states that had sued to block Obama’s immigration programs, Deferred Action for Parents of Americans, or DAPA, and an extension of Deferred Action for Childhood Arrivals, or DACA.”

The push against Syrian refugees has received significant support from conservatives in California. Liberals and progressives have singled out[6] San Diego donor Robert Shillman, whose fellowship program for online journalists and funding for grassroots networks has been credited with mobilizing widespread opposition to admitting Syrian refugees in California and elsewhere. During the controversy around a Texas contest to draw Mohammad, which Shillman threw his weight behind, he told Reuters “that violent attacks on such events are making people fearful and prone to self censorship,” denying that he was “anti-Muslim.”