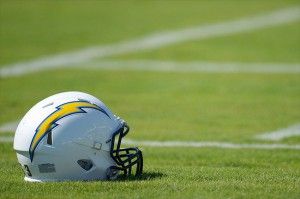 The city of San Diego’s interest in using lease-revenue bonds — which can be issued without specific voter authorization — to raise $200 million for a $1 billion-plus NFL stadium project has been ridiculed as a legally dubious ploy by Chargers spokesman Mark Fabiani. It’s also been depicted as duplicitous by critics who say public approval of stadium funding has always been promised.

The bonds use money paid to lease the facilities they build to pay off construction and financing costs. The Chargers would presumably be expected to be the main payer of lease fees to the city-county consortium that Mayor Kevin Faulconer and county Supervisor Ron Roberts hope will build the new stadium and keep the team from heading to a stadium proposed for Carson in southwest Los Angeles County.

But the Fourth District Court of Appeal has ruled that using such bonds for a stadium is legal under state law — a ruling the city quickly relayed to the NFL and to other team owners who have been skeptical [1]San Diego has the wherewithal to build a modern football stadium. The ruling upheld the state trial-court’s decision from a year ago.

The Union-Tribune noted [2]that the ruling …

… may alleviate one of several concerns league officials raised in a Nov. 10 letter to the city’s lead stadium negotiator.

City negotiators have been working directly with the NFL since June, when the Chargers terminated stadium talks as the NFL considers whether the Chargers, St. Louis Rams or Oakland Raiders can move to Los Angeles next year. ….

City officials say they are drafting a response letter to the NFL that will include an explanation of last week’s appellate ruling, which City Attorney Jan Goldsmith called a significant victory.

“Whether you like them or not, lease-revenue bonds are a legal way to pay for public infrastructure projects,” Goldsmith said.

Critics say lease-revenue bonds, where city buildings and other assets are used as collateral to borrow money, violate the spirit of state law by skirting the two-thirds voter approval that would typically be required to raise such money.

But just because San Diego can issue the bonds with a public vote doesn’t mean city officials are likely to do so.

The Chargers’ popularity in San Diego is at low ebb as another disappointing season plays out[3]. It has become common for fans of visiting teams from across the nation to out-cheer Charger loyalists at Qualcomm Stadium. Meanwhile, Fabiani, a former Clinton White House aide, has emerged as a lightning rod for fan anger over his repeated caustic attacks [4]on Faulconer and other officials who have lobbied the NFL against allowing a money-making team with a loyal fan base to leave for more riches elsewhere.

When Faulconer seeks re-election next year, his handling of stadium negotiations — and his support for using public funds — will be a big issue. The Republican is likely to face a Democrat who is strongly opposed to public funding. He’s also repeatedly said San Diegans “deserve a vote” on a new stadium.

A possible scenario being discussed on sports talk radio was for Faulconer to seek voter blessing of the lease-revenue bonds in a special election with lower turnout. The theory is that using lease-revenue bonds to fund the city’s share of a $1 billion-plus stadium project would be much easier to sell to voters than raising sales taxes, rental-car taxes or hotel taxes, such as other communities have done to help pay for new arenas and stadiums.