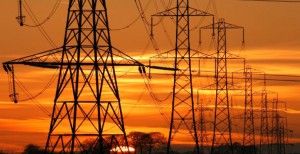 [1]The latest tit-for-tat between lawmakers and the California Public Utilities Commission has brought back bad memories of an in-state — and unsolved — national security threat.

The tiff began when the CPUC “hired outside lawyers as federal and state investigators probed allegations of official influence-peddling and improper deal-making with Pacific Gas and Electric Co. and other utilities,” as the San Francisco Chronicle reported. As NBC Bay Area reported[2], the tab for those attorneys reached $5 million.

That led legislators in Sacramento to cut $5 million from the CPUC’s annual budget in retaliation. “If the commissioners are doing something wrong, they should pony up and say this is what we’re doing wrong and take the brunt of it,” said state Sen. Jerry Hill, D-San Mateo, according to NBC.

“Lawmakers didn’t specify where the commission had to make budget cuts, however,” the Chronicle added. So the agency — in what seemed to be a calculated effort to make lawmakers look bad — “took the money in part from efforts to implement antiterrorist legislation.” Not by coincidence, CPUC Executive Director Timothy Sullivan chose to postpone implementation of Senate Bill 699[3], authored by Hill himself. Signed into law last year, the bill “ordered the state’s power providers to draw up security plans to harden the electrical grid against saboteurs,” according to the Chronicle.

Hill’s legislation was no bit of precautionary housekeeping. “The law was passed in response to the sabotage of the PG&E Metcalf substation in April 2013, the day after the Boston Marathon attacks,” as AllGov recalled[4]. In that incident, one or two assailants — officials never determined which — “entered two manholes at the power station just southeast of San Jose and severed fiber optic cables. 911 service was cut to the area and AT&T cellphone service was disrupted. Someone then shot up the place with a high-powered rifle, pumping more than 100 rounds into several transformers. Cooling oil leaked out and the overheated transformers shut down. No one was injured and the disruption of electrical power was minimal. But power had to be rerouted.”

Although the attack was never formally connected to a terrorist organization, the precision and efficacy of the strike put state and federal officials back sharply on their heels. “Shooting for 19 minutes,” the attackers “surgically knocked out 17 giant transformers that funnel power to Silicon Valley. A minute before a police car arrived, the shooters disappeared into the night,” according[5] to the Wall Street Journal.

“Utility executives and federal energy officials have long worried that the electric grid is vulnerable to sabotage. That is in part because the grid, which is really three systems serving different areas of the U.S., has failed when small problems such as trees hitting transmission lines created cascading blackouts. One in 2003 knocked out power to 50 million people in the Eastern U.S. and Canada for days.”

In a December 2013 regulatory hearing of the Energy and Commerce Committee, then-ranking member Rep. Henry Waxman, D-Calif., tried to raise the alarm. “It is clear that the electric grid is not adequately protected from physical or cyber attacks,” Waxman said, Foreign Policy reported[6]. “He called the shooting at the the San Jose facility ‘an unprecedented and sophisticated attack on an electric grid substation with  military-style weapons. Communications were disrupted. The attack inflicted substantial damage. It took weeks to replace the damaged parts. Under slightly different conditions, there could have been serious power outages or worse.'”

Given the revelations surrounding the CPUC’s once-secret conduct, its willingness to dawdle on improving grid security seemed likely to backfire. “The lawmakers’ action, while ostensibly tailored to the outside legal bills incurred by the CPUC, was meant as a general rebuke to the commission’s cozy relationships with the utilities it regulates,” AllGov noted. “Critics have long complained about the public’s business being done behind closed doors, but the release of emails last year during a federal court proceeding exposed unethical behavior that could very well prove to be illegal.”