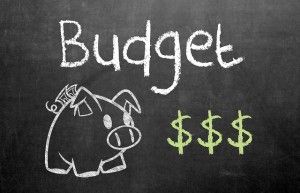 [1]A new report by the Legislative Analyst’s Office prepared the ground for fresh political combat in Sacramento over what to do with California’s budgetary surplus. Although “much of the predicted surpluses” could be skimmed off “for serious emergencies,” the San Francisco Chronicle noted[2], “there will still be billions left up for grabs or further savings.”

But the report injected a significant note of caution into the coming debate, reminding policymakers that the Golden State’s recent nightmarish fiscal straits still could return if the country’s economic health sours anew. “Although the Legislative Analyst’s Office doesn’t predict that another economic downturn is imminent, the report analyzed how easily the state budget could absorb the impact of another recession and found that the state is still vulnerable to budget deficits,” observed[3] the San Jose Mercury News. “A sizable reserve is the key to making it through the next economic downturn with minimal disruption to public programs,” the report concluded, according to the paper.

Neither party’s priorities — nor Gov. Jerry Brown’s — have changed since the last time budget wrangling began in earnest. In a statement, Department of Finance director Michael Cohen played down the idea that the relative windfall should open the door to big new spending initiatives. “The strong economy is good news for California, but the recession scenario outlined by the Legislative Analyst is a sobering reminder that we must continue to pursue fiscal discipline, pay down liabilities, and build up our Rainy Day Fund during these fleeting good times,” he said, according[4] to the Sacramento Bee. Brown’s next budget proposal was due to arrive in January.

Meanwhile, Hoover Institution fellow Bill Whalen suggested[5] that “both parties likely will go along with expanding services for the developmentally disabled and restoring payments to doctors with Medi-Cal caseloads. … Chances are that Democrats will take another run at Gov. Jerry Brown over a big-ticket prize such as universal preschool. Meanwhile, Republicans will want to cut taxes.”

Unions to the fore

As the parties drew up their battle lines, however, California’s politically active unions already pressed ahead with a strategy designed to increase taxes by bypassing Sacramento entirely. “A proposed ballot measure to continue the so-called temporary tax hike 12 years beyond its scheduled Dec. 31, 2018, cutoff was cleared by the secretary of state for signature collection,” George Skelton confirmed[6] at the Los Angeles Times. “The initiative’s sponsors are the California Teachers Assn. and the state Services Employees International Union. The teachers union contends that $50 billion in education cuts will never be made up, that inflation-adjusted funding still is $1 billion under the 2007 level and that K-12 spending, when factoring in California’s high cost of living, ranks 42nd in the nation.”

What’s more, however, one service employees’ chapter has linked up with the California Hospital Association and the California Medical Association in a rival effort to “extend the higher income tax rates permanently,” Skelton added. “It could be a political disaster to have two competing tax hikes on the ballot. So the two sides are negotiating in an effort to create one compromise proposal.”

Complicating the campaign season still further, a separate effort to raise taxes by $2 per pack of cigarettes — including electronic cigarettes or vapes — has drawn the support of unions including the California State Council of Service Employees, which ponied up $2 million. Tom Steyer, the billionaire Democratic donor and former hedge fund manager, also offered $1 million of his own money, according to the Sacramento Bee. “An alliance of public health, labor and health care groups has pushed the tax increase as a tool to reduce smoking rates and to better fund Medi-Cal, California’s low-income insurance program. Revenue from the tax hike could fund higher reimbursement rates for doctors who see Medi-Cal patients,” the Bee noted[7].

In familiar language, critics hit back, charging that the proposed increase would actually fall most heavily on the less well-off. The pack tax “largely would fund programs for the poor; yet the poor would pay for the programs because they form the largest group of smokers,” wrote[8] the Orange County Register’s editorial board. “It would raise up to $1.3 billion a year. But as we always warn, boosting cigarette taxes also would increase the black market, which especially afflicts the poor.”