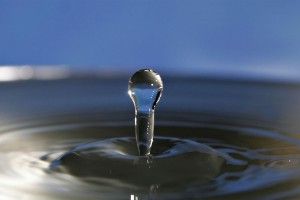 [1]California’s ongoing water crisis promised to extend the controversy over fines and regulations well into the next year — if not beyond. While some areas suffer, others flourish, and fines — in some instances aggressively applied — have been meted out unevenly.

Despite limiting water use, residents in lower-income areas have complained that they have faced substantial fines, while some of the Golden State’s most conspicuous consumers have escaped penalty. In Apple Valley, “where the median household income is below $50,000 a year,” some have struggled to keep their consumption below the limit, while one “home under construction in Bel Air has been issued permits for five pools,” the New York Times reported[2]:

“Los Angeles officials hope to start imposing fines so steep that even the wealthy who populate Bel Air will notice. Elsewhere, though, fines have already piled up on middle-class Californians. The Central Valley city of Clovis, faced with an order to cut back 36 percent, has meted out more than 23,000 fines since the mandatory water reductions began in June. In Santa Cruz, where water supplies have run dangerously low, the city has assessed more than $1.6 million in penalties for using too much water.”

Localities have braced for the new, unprecedented groundwater regulations as officials have been dispatched to implement and enforce them. “They are under orders to begin actively managing underground aquifers that for generations have been treated as a private resource, with property owners empowered to dig wells and extract as much water as they wanted without particular regard for their neighbors or government agencies,” the Sacramento Bee noted[4].

“But even amid the sobering accounts of dried-up wells, salt-tainted groundwater and collapsing aquifers in California farm country, no one expects regulation will be easy to set up or sell. Instead, the entire process — starting with just who gets to decide how much water can be ‘sustainably’ pumped in a region — is expected to spark lengthy debate and complicated lawsuits. This is particularly true in farm-rich regions such as Kings County, where the groundwater basins are critically overdrawn.”

Some farmers face the prospect of having to simply cease operations after a relatively brief period of time. “Land retirement is coming to California agriculture. The drought will end someday, maybe even this winter, but farmers will still face long-term shortages of water,” the Bee observed[5] separately. “The relentless groundwater pumping that has kept hundreds of farms going the past four years is coming to an end.”

Meanwhile, other parts of the state have wound up with a large surplus of water, thanks to the uniformity of conservation regulations. “Unlike other parts of California, San Diego has 99 percent of the water needed for normal usage. But statewide conservation mandates have applied equally to areas that have plenty of water and those that don’t, so the result here has been water piling up unused while local water agencies raise rates to make up for lost sales,” according[6] to the Los Angeles Times. “The new supply is just one more reason local water officials are advocating for the state to ease conservation mandates for areas where supplies are ample, which would lessen the oversupply.”