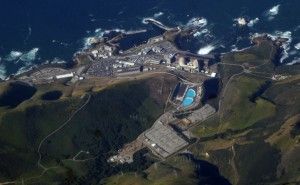 [1]Despite calls for a resurgence in nuclear power, California could soon shutter its effort to keep the alternative energy going.

PG&E’s Diablo Canyon plant, the state’s last, has wound up in the crosshairs. As the Associated Press reported[2], “the company is evaluating whether to meet a tangle of potentially costly state environmental requirements needed to obtain renewed operating licenses.”

“The issues in play at Diablo Canyon range from a long-running debate over the ability of structures to withstand earthquakes — one fault runs 650 yards from the reactors — to the possibility PG&E might be ordered by state regulators to spend billions to modify or replace the plant’s cooling system, which sucks up 2.5 billions of gallons of ocean water a day and has been blamed for killing fish and other marine life.”

The fault in question has rattled nerves in the area and throughout the state. “Even before the twin reactors produced a single watt of electricity, the plant had to be retrofitted after a submerged fault was discovered 3 miles offshore during construction,” the wire noted[3] separately. “That cleft in the earth, known as the Hosgri fault, has long been considered the greatest seismic threat to a plant that stands within a virtual web of faults. But new questions are being raised by sophisticated seafloor mapping that has found that the Hosgri links to a second, larger crack farther north, the San Gregorio fault.”

At the same time, the environmental implications of an end to nuclear power have also raised serious concerns. The last California plant to close, in San Diego county, shuttered amidst problems with its infrastructure. California’s public utility commission “approved a shutdown deal last year with the San Onofre plant’s co-owners, Southern California Edison and San Diego Gas and Electric Co., that assigned about 70 percent of the $4.7 billion shutdown bill to the firms’ customers,” as the San Francisco Chronicle reported[4]. “The companies closed San Onofre after a January 2012 leak of radioactive steam revealed widespread damage to its cooling system.”

The consequences of the closure have worked against anti-carbon policies pushed hard from Sacramento under Gov. Jerry Brown. “With the San Onofre closure, annual statewide emissions of heat-trapping greenhouse gases linked to electricity production in California jumped by 24 percent,” U-T San Diego observed[5]. “In San Diego, the local electric utility commissioned a major new natural gas plant and will replace an aging plant with new equipment to keep natural gas generators at the ready.” According to expert analysts, the paper added, “the experience could be replicated on a larger scale as many U.S. nuclear plant operators struggle to compete with cheaper sources of energy.”

In response to the dilemma, some leading Californians have come out in favor of revitalizing nuclear power on a more advanced and, presumably, safer footing. In an editorial at The New York Times, Peter Thiel used the recent Paris conference on climate change to force the issue. “If we are serious about replacing fossil fuels, we are going to need nuclear power, so the choice is stark: We can keep on merely talking about a carbon-free world, or we can go ahead and create one,” he wrote[6].

“We already know that today’s energy sources cannot sustain a future we want to live in. This is most obvious in poor countries, where billions dream of living like Americans. The easiest way to satisfy this demand for a better life has been to burn more coal: In the past decade alone, China added more coal-burning capacity than America has ever had. But even though average Indians and Chinese use less than 30 percent as much electricity as Americans, the air they breathe is far worse. They deserve a third option besides dire poverty or dirty skies.”